The lofty presidential re-election dreams of the Democratic Party are quickly becoming nightmares as President Obama tries to turn his failures into successes. With President Obama’s approval rating spiraling downward and unemployment inching upward, he is vulnerable. His chances this fall are tethered to a sluggish economy, high unemployment and sagging approval ratings.

There are four key markers that many political scientists, presidential historians and pollsters use to gauge an incumbent’s chances of winning a second term: the unemployment rate, job approval rating, personal income and the voice of the electorate. In each of these categories, Obama is underperforming. Having difficulty in any single category will cause discomfort and weaken an incumbent’s chances. To receive failing grades in all four categories is unheard-of. It has never been done before by a two-term president. 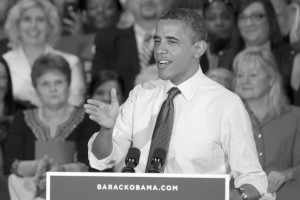 For most of Obama’s current term, the average American’s personal income has foundered. In the past four years, a number of Ohio companies have either gone out of business or experienced reductions in staff to compensate for decreased revenue streams. Gov John Kasich has tried to encourage struggling companies to stay in Ohio, and he has been successful. This bodes well for Kasich’s chances for re-election, but Obama hasn’t been as fortunate.

Joseph Minarik, senior vice president and director of research with the Committee for Economic Development, said recently, “We’re facing a stall-speed problem. Do we get to the point where a headwind arises that slows the plane?”

Five polls conducted in July (by NPR, CBS News, NBC News, Democracy Corps, and Rasmussen Reports) painted a bleak landscape — six out of every 10 Americans believe that the country is headed in the wrong direction. The last time the electorate felt that the country was moving in the right direction was almost a decade ago, back in 2003. And it turned out to be a critical asset in George W. Bush’s reelection victory in 2004.

Unless Obama can turn on the charm, like George W. Bush, and frame failure as success, he is in serious trouble.