I always welcome civil discussions about very complex issues such as gun control. In response to an article I originally wrote, James Carter refutes my argument for gun regulations. This is my rebuttal.

The writer makes many points. However, I reestablish my original contention, which is that we should enact stricter gun control laws in the United States, with an emphasis on considering a ban on assault weapons. I am not advocating a ban on all firearms, although I do wholeheartedly believe that having the ability to obtain firearms makes you less safe in the long run, which I am about to reinforce. 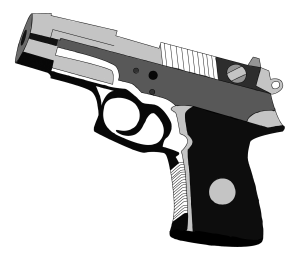 In his piece, Carter points to the United Nations Office on Drugs and Crime as a source of information, stating that strict firearm policy by “almost every other nation in the world” does not greatly impact the murder rate. This sounds true, when he mentions that people just substitute one murder device for another. However, this is not true. According to the UNODC 2012 report on homicide statistics, many nations in the world that have enacted strict regulation of firearms have less homicides per capita than we do.

What do all of these countries have in common? Stricter gun laws than the U.S., not to mention the fact that a few of them have greater population densities than we do.

Carter also says, “There are many things which I can obtain legally, with which I can do illegal things.” He then asks, “Does regulation effectively stop me?” My answer to this: It most certainly can.

Take pharmaceuticals, for example. Many prescription drugs in the past have been unregulated. You could walk into the store and buy them off the shelf. Once it became evident that people were obtaining these drugs legally and using them for illegal and possible lethal purposes, laws were passed to regulate their availability. Now, did that stop the illegal use of those drugs? Of course not. It did, however, make them harder to obtain, and the problems surrounding their illegal use decreased.

It goes without saying that there are huge differences between some illegal acts and others. Should I regulate hoses because someone discovered that they can siphon gas out of cars with them? No.

Should I regulate things such as pharmaceuticals and guns, which are potentially lethal when in the hands of the wrong people? Absolutely. Making a blanket statement that you can obtain anything for an illegal purpose is, I believe, an unjust oversimplification of a very serious issue.

Carter also suggests that criminals obtain weapons on the black market, i.e. through illegal means. Yes, this is true. I don’t contend that point.

However, the point that I was trying to make is that according to the FBI and the Bureau of Alcohol, Tobacco, Firearms and Explosives, most firearms used by criminals in the U.S. are originally obtained legally.

This reaffirms my case. If you make it harder to obtain firearms, you lower the amount of firearms on the black market, and thus in the hands of bad guys. It is a direct correlation.

The last key point that I find relevant to address is James Carter’s incredible oversimplification and gross  misrepresentation of my point about law enforcement officials being our best protection from harm. He makes an appeal to fear by saying that we do not have the manpower and the funding to have the police work as our bodyguards; however, I did not suggest that they should be our bodyguards.

I refer again to the case study that concluded that if you have stricter gun laws and a strong police force, murder rates will go down. This is evident in all of the aforementioned countries.

People with guns don’t necessarily murder. That is for certain, but that is not the argument here. The argument here is: Is access to guns really keeping us safer? The evidence says no, we are not safer with having almost unlimited access to firearms, and yes, you do actually see a decline in violent crimes and homicides when firearms are controlled.

The people who are killed by guns, purposefully or accidentally, are far more numerous than those who use guns to defend themselves. It is not a level playing field when stray bullets can kill any one of us just because someone wants to play cowboy.