Why do we have tear ducts?

One day a Blue jay flew into our neighbors’ house, the Clintons’. My grandmother said that a bird flying into a house was a sign of bad luck and death. Grandma Fannie explained that the owner of the house, or someone close to them, would soon perish. Within the week that the bird flew into the Clintons’ house, their son was murdered. The tragic event and the media circus that followed their son’s death prompted the Clintons to relocate to the Sun Belt to enjoy their golden years. 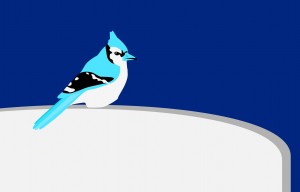 Tragedy followed the Clintons to Arizona. A year after their son’s death, Mr. Clinton died from a heart attack. The loss of her husband forced Mrs. Clinton back to Pontiac, Mich. Mrs. Clinton’s heart splintered into a million pieces after losing her intelligent and fun-loving son and her husband of 30 years.

After Mrs. Clinton’s burial service, my grandmother took me on a “death tour” to the grave sites of our family members. This was my first time in a graveyard. I could feel my spirit moving as I rode in the passenger seat of Grandma’s Cadillac through the gravel roads of the graveyard. We arrived at the section of the graveyard where our family was laid. As I peered across the tombstones, I noticed the dates on which I had lost two uncles and an aunt. Three years, consecutively: 1990, ’91 and ’92. Death came in triplets.

The Clintons had been dead for seven years when their oldest son Harold got released from prison. Harold was what my grandmother Fannie called “a lost spirit.” He had been in and out of jail since he was 16 years old. I remember Harold broke into my grandmother’s house and stole her TVs in order to buy drugs when I was young. Harold was finally free after spending 13 years in the penitentiary. The last time Harold was free, the streets of Pontiac were flooded with crack cocaine, but now heroine, methamphetamine and OxyContin were popular.

I peered out the screen door and noticed it was grey-bearded Harold knocking. Harold was a three-time felon, or what we referred to as a “three-time loser.” Grandma Fannie walked to the door, took one look at the rehabilitated Harold, and lovingly and without prejudice said:

“Hey, Harold, how’s yo’ spirits? Why dontchu’ come on in and have some breakfast?” My grandmother gave Harold and I a speech on the power of forgiveness and why she forgave Harold. Grandma declared, “When a person is ‘own those drugs, that’s not the same person that they would be if they were clean…There are different spirits working against them. Those drugs bring out the bad spirits in people.”

There is always comedy in tragedy. I bluntly asked Harold, “What da hell happened to you, Harold? You went from pimpin’ to wimpin’?”

Grandma chuckled as Harold responded to my verbal jab. “That’s the old Harold. Death has a way of changing how your spirits move. I lost my mother, father, and my baby brother in a three-year span, while I’z in jail. One thing ’bout going to jail is that you may never come out once you go in. Three trips to jail is enough.”

After a huge breakfast of biscuits, smothered potatoes, rice, fried chicken, pork chops smothered in gravy and a fruit salad, Grandma Fannie handed over the keys to the Clintons’ house to Harold. As Grandma Fannie handed the keys to Harold, she looked him in the eye and said, “Rememmer’, take care of yo’ bizness, and yo’ bizness will take care of you.” In 89 years of life, Grandma Fannie learned and kept innumerable encouraging and practical sayings on the tip of her tongue.

It was not impossible for Harold to succeed with a criminal record. I knew many felons working excellent jobs as commercial drivers, machinists, barbers and other professions. My grandmother and I wanted the absolute best for Harold as we watched him walking up the driveway to his new house, wiping his tears with a sunken head. I thought to myself about the significance of teardrops, and how life would be if human sorrow were not expressed in teardrops.

I questioned my grandmother, “Grandma, why do we have teardrops?” She took a sip of her coffee and responded, “Teardrops lubricate your spirit. It’s like oil to an engine…Teardrops allow ya’ spirit to move without your soul breaking down.”