More changes to the meal plan

There has been a significant change to a few of the meal plans this year.

The traditional dining plans of 19, 15 or ten meals are no longer offering the 100 dining dollars they used to be equipped with. However, the university has made some changes to compensate for this fact. 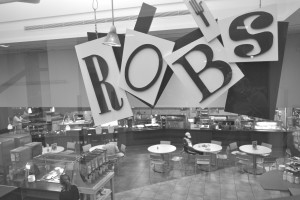 According to an email sent to all students, the number of locations that accept swipes for the traditional plans has been broadened, and “you may now use these plans at Union Market and Ohio Burger in our Student Union, (and at) Summit Bistro in the Polsky Building.”

Last year, students were able to use their 100 dining dollars anywhere on campus, including Starbucks, Subway, and Street Treats Grille. Dining dollars could also be used at all of the off-campus locations that accept Zip Cards.

With the new plan, students have a bit more money to spend at the three new locations, but are now missing out on many places that they used to be able to go with their dining dollars.Although I believe that the university has tried to compensate for the meal plan change, I think they should at least accept swipes at each of the on-campus locations.

The students are paying the same amount for their meal plans this year as they were last year. Therefore, they should be seeing a similarity between the two meal plans, instead of the severe gap they are seeing now.

Another point of difference is that boxes are no longer available in Rob’s Cafe or at the Union Market.

The Union Market has replaced their boxes with plates and plastic wrap, while Rob’s has simply eliminated the idea of carry-out altogether.  When I asked a Union Market worker about this change, she said that the new way is more environmentally friendly.

This would be a good enough reason, except that the boxes we had were already biodegradable, unlike plastic wrap. In short, this change was implemented because it is cheaper, not because the university wants to be more environmentally friendly.

However, strides have been taken to keep students content, as in the case of Rob’s 2 Go! in the Robertson Hall Zee’s. With this option, for a swipe you get a sandwich from Zee’s, two sides (choosing from chips, a side salad, and fruit), and a fountain drink.

Although this is a good attempt at providing students with a to-go menu, it still seems lacking when compared to what used to be available.