The intolerance of the tolerant

Letter to the editor in response to a previous letter printed on Thusday, Sept 27.

While none of the staff at The Buchtelite are elected to represent the student body, you do represent the university and its stake owners at some level. That being said, I believe you have a responsibility not only to the reader but to yourself to do your best to “get it right.” 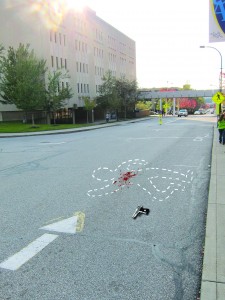 I am absolutely amazed that a paper being staffed by university students would apply so little critical thinking to a topic. Again, the insights of Beau Brown’s follow-up article provide the proof, in that Chick-fil-A did nothing against the LGBT community; their CEO merely stated that he believed in “traditional” marriage. For this, we must eradicate Chick-fil-A, really?

Starting with the view of the Editor-in-Chief, the first paragraph is somewhat counter-intuitive. If “many people are strongly opposed to the idea of living in a society where firearms can legally exist around them,” then why has concealed carry legislation been passed in every state but Illinois?

You can claim the NRA and the “Gun Lobby,” but last I heard, the NRA is funded by members who happen to be American citizens. Gun manufacturers have not been able to keep up with demand since the election of this President. And if you don’t like the Second Amendment and its freedoms, there is a method set forth by those oh-so-out-of-touch founding fathers by which to amend it.

One should consider Katelyn Freil’s point that people who wish to do illegal things with guns will always be able to obtain them. Eradicating illegal guns has been about as successful as the war on drugs, or the war on prostitution, or the war on alcohol before that.

That leaves only the law-abiding citizens with their rights stripped and their ability to effectively protect themselves removed. I say “effectively” with regard to the Page Designer’s comment about “leveling the field.” Based on her comments, one would believe that it would be better to let females be raped than to possibly add to the gun violence rate.

There is a recent article out there about a college coed who was raped in the same parking garage that the campus police used. She had walked to the parking structure with friends, her car was on the first deck and theirs on the third… that fast, she was raped. Oh, and she was
a black belt in a martial arts discipline.
That didn’t level the field, and I’m surprised to find a woman that is such an advocate of removing other women’s most effective means to
defend themselves against a male attacker.

I do agree that there is a much-needed level of training to carry (which is required in a lot of states, including Ohio). However, I cannot agree that I’d prefer an innocent victim to be assaulted than for the criminal involved to be a victim of “gun violence.” She closes with a statement about “more harm than good comes from allowing Americans the right to bear arms,” which is not accurate.

My shock was even greater when I read the opinion of the Opinion Editor! I see “stupid,” “the dumbest thing I’ve ever heard,” “small minds,” and “narrow understanding.” The writer slurs her “inferiors” as “Amuurricans” as she talks about them dying accidentally in a drive-by.

Does the writer truly believe that violent attacks like that are committed regularly by law-abiding citizens? The act is already illegal on many levels. Additionally, if I happen to be armed for self-defense and I duck behind some cover to avoid the unprovoked attack, then I have a much higher possibility of living, should the attackers decide to, say, stop and complete their crime. But hey, if I died, that would be only one instance of gun violence, so the stats would be lower, right?
I understand this is the position of the OPINION Editor, and as such she is within her rights to offer just that.

However, I would ask her to actually reconsider how intelligent and culturally aware she
is as compared to the rest of us incompetents that have lived a few more years and traveled overseas in the service of this great country.

I do remember when I knew everything about everything; since then I’ve learned how little I knew then, and how much I still need to learn. Oh, and a good, solid fact once in a while might be good for your diet.

FACT: Chicago has the strictest gun laws in the nation and one of the highest gun murder rates, if not the highest. So… more gun laws will reduce violence? Opinion or fact?

FACT: It is illegal for the mentally unstable to buy guns. It already says that on the form that must be completed to purchase
a gun.

FACT: All of the mass shootings have been in “Gun-Free Zones,” also known as Easy Kill Zones, because the gunmen know that no one there can stop them until the police arrive. Law enforcement officers do their best but absolutely cannot be everywhere at once, nor are they required to be. Legally, they are
not at fault if they fail to protect you.

All of the mass shootings in GunFree Zones were stopped by someone else with a gun. Check your local police response times. How many people could you shoot in that amount of time? Do you feel more or less secure in that knowledge?

Someone pointed out the Aurora shooting. As I heard from a retired West Virginia state trooper, “We take our guns seriously down here. Someone won’t do that here. They’d be dead before they could get more than a few shots off.”

I will close by wishing you and all of your families and friends a future free from any such unhappiness as random violence. Based on the numerous reports of robberies, etc., near campus and around this region, I prefer to rely on myself first for the protection of myself and my family — and even my fellow citizens, should the need arise.

I know going in that even if I’m right in all that I do, some prosecutor may decide that I am their ticket to public election, and the costs, publicity and possible outcomes can be bad. Even with that being said, “the only thing needed for evil to prevail is for good people to do nothing.” I never learned to do nothing, and I pray that it never costs you all that
it could.