The power of purple

In October of 1981, the first Day of Unity was observed by the National Coalition Against Domestic Violence, according to their website, with the purpose of connecting battered women across the country. This event increased in size until 1987, when it grew into Domestic Violence Awareness Month, which is celebrated throughout the month of October.

Across the nation, many events take place that support the purposes of this month, which are to mourn the victims of domestic violence, to celebrate those who have survived, and to connect those working to end violence, according to the National Coalition Against Domestic Violence. 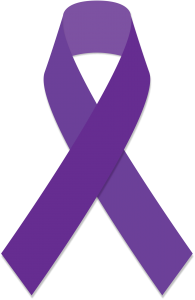 In Akron, the Battered Women’s Shelter of Summit and Medina Counties is sponsoring Purple Light Nights throughout October. According to the Battered Women’s Shelter website, because purple is the official color of domestic violence awareness, purple lights will be wrapped around the trees of downtown Akron, from Bowery to Market Street. Purple lights will also be displayed at many other locations in Summit and Medina Counties, including the Cuyahoga Falls Clock Tower, the front entrance of Summit Mall, and the Westfield Gazebo.

The purpose of these events, according to the website, is to remind the public of the dangers of domestic violence and of the victims that have lost their lives as a result of it.

The Battered Women’s Shelter of Summit and Medina Counties is also asking people to show support by replacing their porch lights with purple bulbs throughout October, to make the statement that domestic violence has no place in their community.