Students not the only ones being tested

Something very disheartening happened the other day. In place of a routine quiz, my English professor handed out a very difficult essay question. Ordinarily, we students would groan, set our pens to paper, wait for inspiration to seize our limp wrists, and then, in a fine frenzy akin to a muscle spasm, scrawl an indecipherable series of hieroglyphics.

But this time was different. 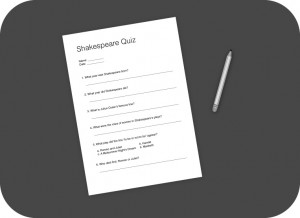 With the recalcitrance of conscientious objectors, the students refused to write: “I can’t do this… I don’t remember the poems… There’s absolutely no way…”

Ordinarily, the professor would say “tough luck” and bury his head in a book, but this time he looked at the bewildered students and must have felt some misplaced compassion; for, after hesitating, he made the most abject capitulation I have ever seen an educator make: “Well… I suppose… I suppose if you don’t know what you’re doing, then we had better not waste our time.”

He then collected the sheets of paper on which he had typed and printed his tremendous question, shuffling his feet along the way, somewhat red-faced, almost pitiful.

Having suffered the overthrow of his authority, of his hope and trust in higher education, by the young people that he had hoped would carry on his arduous and passionate work in graduate school, he groped for some unconvincing words of admonishment.

He began saying something about our needing to be independent, to be able to think and write and be prepared for such frightening and ponderous questions.

Like everyone else, I was glad to spare my hand the carpal tunnel. But I was also flabbergasted, almost embarrassed for the professor. I was disappointed in the incurable indolence of my generation and in the pathetic comedy that higher education has become.

The university, once the proud bastion of liberal education, is becoming rather the manufacturer of well-trained drones and specialists; and the modern scholar, an un-hirable loafer, once revered and elevated in the community, is becoming reciprocally subject to contempt, poverty and idle pursuits.

But don’t we owe it to civilization — and to our pocketbooks — to accord the modern university the same respect that we would a beloved, albeit demented and drooling, great-grandfather? Don’t we owe it to our professors, the noble but pitiable souls who have dedicated their lives to the minutia of scholarship?

People for whom economics is a mystical experience, and polymers a rapture? Can’t we entertain their unnatural fascinations with theories and theses and other obscurities?

I have seen these professors squirm at the lectern. I’ve seen the waves of their enthusiasm crash on the rock-like faces of their students.

I’ve seen them dig their heels and clench their fists, bristle and harangue, and even rage — not so much at the clods before them as at their miserable lot in life, their loneliness. And I understand their pain.

Here’s an analogy. I have an obscure Shakespearean board game. For the sake of argument, let’s say that I adore this game — that I would make love to this game if I could — that I practice this game in the quiet of my room on summer nights, lovingly and longingly moving the pawns… but no one wants to play “Shakespeare: Bookcase Game.”

Let’s say — again, for the sake of argument — that I am utterly alone in my enjoyment, my ravishment, my ecstasy.

And I want to share it with others, and scream, “Look at this! Look at this wonderful game! Please, listen to me! Play it with me!” But no one wants to listen, no one wants to play. So, misanthropic, red-faced and shambling, defeated and demoralized, I give up and place the game on the shelf.

The professor has since reissued the quiz, and several of the aforementioned objectors, appalled by the temerity of such an act, dropped out of the course. The rest of us did fairly well on the quiz — not, I think, because we answered the question particularly well, but because we were willing to play the game.