Three roommates. Three best friends. Three non-confrontational people. I am talking about the same three people here, FYI. My roommates and I are pretty tight. Minus the fact that we’re two Democrats and a Republican.

Thankfully, we’re all non-confrontational. But either way, I can’t help but think the Republican must feel like the odd man out. 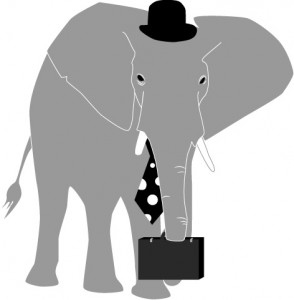 We still have a lot in common, as far as politics go. We’re both first-time voters. We both have very Republican fathers. We both got the same lecture:

“You might as well not vote, because my vote will just cancel yours out.”

“You might as well not vote, if you’re not voting for Romney.”

I don’t mean to paint such a terrible picture of Republican dads, or any dads for that matter (I totally love my dad on most days). But that’s the situation at our homes. I’ve already “canceled out” my dad’s vote, because I voted early. I’m not so sure about my roommate, though.

“It’s not that I like either candidate more than the other, and you know I’m not political at all.” And we basically dropped the discussion, because we’re all non-confrontational.

I wonder how many other people are being badgered by their parents. Or feel like the odd man out in their friend group.

According to an article published on thenewsoutlet.org, in the past month, the number of undecided voters in Ohio has been cut in half. Are people assuming the undecided voter mask just to avoid another lecture?

Who doesn’t have a Facebook friend who likes to post their political opinions a little too aggressively, and a little too frequently?

Sarah Booth, a senior e-marketing major, posted a picture of her ticket to the Obama Rally on Facebook.

“I would be interested in seeing past, present or future presidents. It’s an exciting thing to come to campus,” she explained.

Minutes later, she found a comment from a concerned acquaintance urging her to change her political stance. The picture wasn’t posted with the intent of starting a debate, but posting anything about the election seems to invite a debate anyway.

We’re being badgered with the importance of voting. All the time. The Obama campaign has made several visits to campus. There always seemed to be someone on campus with a clipboard on hand, ready to register you to vote.