Lies, money and the media

As this election cycle comes to a close (finally), there are three unprecedented problems with politics and public discourse that I see coming to a head. These problems are not shared by all, and they are not equal on both sides of the line.

There are parties that are more guilty than others, yet they are often presented as if they are equals. And this leads to the third of my three problems. These problems are lies, money and the news media. 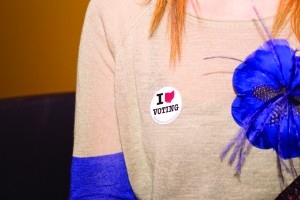 Now, to be fair, we all know that politicians lie; it’s almost as certain that you will have to use the bathroom sometime throughout the day. This election cycle has shown us something entirely new, however: a ridiculously high degree of dishonesty coming from a presidential candidate — specifically Mitt Romney.

Both Romney and President Obama have lied, and both have stretched the truth. But Romney doesn’t just lie: he doubles down on those lies.

Take, for example, Romney’s statement that Obama doubled the deficit. He made the statement, but he didn’t give you numbers. That statement has shown up in TV ads and in almost every single debate and stump speech.

When you look at the numbers, you realize that Obama inherited an annual government deficit of $1.2 trillion per year, and that during the course of his presidency that has changed to $1.1 trillion.

Now, you can make any argument that you want about how Obama hasn’t done enough. That’s what we call an opinion. However, the claim that he has doubled the deficit is an outright lie. A lie that Romney and his campaign ads continued to report. This leads to the second problem: money.

This campaign cycle has shown to us how damaging money can be to our democracy. Super Political Action Committees, or Super PACs, have the power to spend as much money as they want in almost complete anonymity. You might ask: Why is this a problem?

Before, when ads were connected to regular PACs and candidates, you could trace the financing back to an individual, and there were limits. Though the ad might be a lie, you knew who was funding the lie.

Now, no such protection exists, and we are seeing a new political tactic where the truth is damned, where you throw as many lies as humanly possible into the public sphere, knowing that the opposition will not be able to respond to them all. Eventually, some of those lies will stick, and will influence the way people vote. Both of these problems stem from the third, and most dire, issue of this election: the news media.

Time and time again, the mainstream media have failed to do this. They have relegated factual information to opinion sections. Facts are not opinions; they are not biased. Just because you present information against

the comments of a candidate does not mean that you are showing favoritism or bias.

Just because you are asking questions that candidates may not be comfortable with does not mean that you are showing favoritism or bias.

Using my example of Obama and the deficit: according to the facts, the actual numbers, Obama has not doubled the deficit. He’s actually lowered it. Now, there is a difference between deficit and debt. Deficits add to the debt, but the debt is not the deficit.

This is information that most people probably don’t know, and thus it becomes the job of the news media to explain and define this information to the general public. However, they have not done so. If they had, they would have shown that Romney had in fact made a false statement.

This is not an issue about opinions or political affiliations. It’s an issue about facts, and the complete failure of the mainstream media to report these facts.

It is an abysmal failure that 70 percent of Americans would believe something that is completely, 100 percent, devoid of all factual credibility. Not to mention that 40 percent would still believe it as recently as 2008.

We have serious problems in the United States, but how can we begin to fix them when the general public is so misinformed, and when they whose responsibility it is to report the facts are afraid to do so because of the fear of appearing biased?

It is a problem that threatens the intellectual integrity of our democracy, and it is something that we should all be aware of.

Opinions don’t matter if they aren’t supported by the facts.