Girl About Campus: a girl at a bar

Young women face a lot of challenges when they decide to partake in a night out. Before you even show your ID to the bouncer, you’re faced with a copious amount of decisions.

Should you wear the dress that makes you look like a hard 10 or the slightly less attractive but way more comfortable skinny jeans? Will you shield yourself from the weather by wearing your winter jacket (even though it doesn’t match your outfit) or go without it? You’ll be cold all night, but at least you won’t have to awkwardly carry it around. 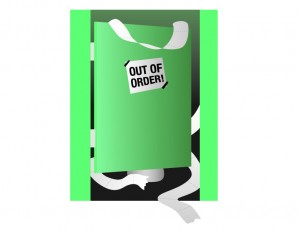 You’ll also have to employ your problem-solving skills as you figure out how to condense the contents of your luggage-like purse into a minuscule wristlet.

Once you actually get to the bar, you still aren’t clear of calamity. If there’s any sort of crowd, you’ll soon realize you weren’t the only girl who thought it would be a good idea to wear a sparkly sequined top. In fact, it looks like at least seven other girls had the same idea.

But let’s say your sparkly sequined top manages to outshine the rest, and you attract the attention of some bro at the bar. Here comes another dilemma: creep or no creep?

I’m sorry, guys, but it’s really hard to tell who’s just trying to make casual small talk and who’s going to end up getting uncomfortably close to us on the dance floor.

I think I’ve become quite cynical in my old age, because now I just assume that everyone is a creep. While I may not make many friends when I go out, I save so much time by halting the unwanted advances from the fella who thought wearing jorts to the bar was cool. (Jorts are jean shorts, and are not cool to wear anywhere, FYI).

I think that the most troubling obstacles girls will face at the bar, though, are trips to the bathroom. And I have many reasons to back this up.

1. You will probably end up wiping your wet hands on your clothes.

Maybe the bar only invested in those weak hand dryers. But often times the bathrooms  just run out of paper towels. I’m pretty sure the main cause for this is underage girls.

Underages will come to the bar, get X’d, then proceed to the bathroom. If you want to get those X’s off, you need warm water, soap and paper towels. But why can’t the employees restock the bathroom for the rest of us patrons just trying to wash our hands? Why?

I think our lives would be made so much easier if we created two lines for the bathroom: one for those actually using the bathroom, and another for those waiting for  their friend.

3. You need to go to the bathroom with at least one friend.

This is something that stereotypically gets put on girls. Sometimes it’s a necessity of a bathroom trip. When you get into the stall and realize there is no toilet paper left, it’s really nice to have a friend there to ask for help. (P.S. I also attribute a lack of toilet paper to underages. When the paper towels run out, toilet paper is the next  best thing.)

Another good reason to take a friend to the bathroom is so you don’t have to wait extra long just to get a bathroom stall with a working door. Sure, using a bathroom with an un-lockable door is possible, but having your friend act as your personal bodyguard is way better.

4. You’ll probably have to use a stall with a nonfunctional door.

There’s one in every bar bathroom. The stall with the door that just never  locks. The third stall down in 69 Taps has  never locked in the year and a half that I’ve been  going there. Why doesn’t the owner get this fixed?!

Primo’s has by far the worst bathroom doors of any bar I’ve been to. The first two stall doors work fine. But the third doesn’t lock. The fourth doesn’t have a door at all.

People can quit smoking.  There will almost definitely always be girls getting periods, and, unfortunately, probably when they aren’t expecting it. Whenever I needed a tampon, but  found none, I thought, “Why does this bar have to be so anti-girl?”

Ladies, why do we put up with this?

Yours truly,
Girl About Campus