Think blue in November for National Diabetes Awareness Month, and hope for an end to a disease that affects 25.8 million people in America.

“I am constantly worried about my blood sugar and the time difference between when I last ate and even what I had to eat,” said Adam Fisher, a sibling of a student at The University of Akron. 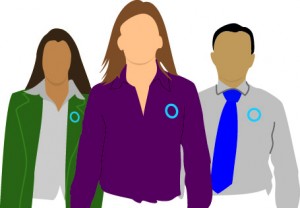 According to Medical News Today, diabetes is a disease “in which the person has high blood glucose (blood sugar), either because insulin production is inadequate, or because the body’s cells do not respond properly to insulin, or both.” Insulin is a hormone within the pancreas that helps with energy and ingesting nutrients.

This disease is not only fought within the individual, but within their family as well.

“When your loved one gets diabetes, you immediately think of schedules, exercises and even diets for them,” said Katherine Perry, whose husband and son both have diabetes.

Scott Walker, a junior at The University of Akron, said it affects what his family cooks for his grandfather.

“When we cook, we have to make sure everything is up to my grandfather’s standards, or he won’t be able to eat,” Walker said. “Or worse, he’ll get sick from the food he ate.”

According to the American Diabetes Association (ADA), individuals are at risk of different outcomes if their diabetes is uncontrolled or goes undiagnosed, such as heart diseases and strokes, blindness, kidney disease, nervous system disease, amputation and death. Diabetes is a growing disease in the U.S. A new case is added every 30 seconds, which amounts to 1.6 million new cases every year.

It is estimated that by 2050 one out of every three adults will have diabetes, and it is the ADA’s mission to prevent and ultimately to end this disease. The ADA encourages advocacy early on, because 215,000 cases of diabetes are in children and teenagers. According to the ADA, diabetes is more frequent in men, at 13 million cases, and is prevalent among African-Americans (12.6 percent), Mexicans (13.3 percent), and Puerto Ricans (13.8 percent).

The ADA helps by funding research to prevent, cure and manage cases of diabetes, and by delivering services to communities and giving a voice to those affected. In recent years, they have collaborated with the American Cancer Society and the American Heart Association to
get more awareness to
the public.