The media is failing the US

This is what ABC White House reporter Jake Tapper said in August, as published in the Weekly Standard. I know the notion of liberal bias in the media is often met with laughter, but if you think that, I challenge you to read this article.

Bias is not very easy to define. Reporters don’t wake up every morning and think to themselves, “How am I going to screw over Republicans today?” Nor do they plot ways to get politicians they like elected. As former CBS correspondent Bernard Goldberg would say, the problem is much worse. 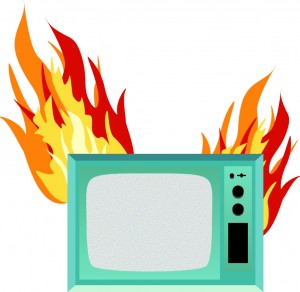 Journalists and the media elite usually come from liberal environments. In 1996, a big study of Washington journalists by the Freedom Forum and the Roper Center found that 50 percent of reporters call themselves Democrats, while just 4 percent call themselves Republicans.

I know this study is dated, but I suspect these numbers haven’t changed much. When you work in an environment where 50 percent of the population thinks like you, your ideas cease to be “liberal,” and become “normal.” If you hooked people like Dan Rather and Ted Koppel up to a lie detector and asked them if there is liberal bias in their news, they’d all pass, because they honestly don’t see their reporting as anything but normal.

Limbaugh recently found himself in hot water after referring to Sandra Fluke as a “slut.” In the past, as noted by Kirsten Powers in the Weekly Standard, Bill Maher has referred to Sarah Palin as a “dumb twat” and a C-word.

No story there, apparently. Is it because Sandra  Fluke is more popular  than Sarah Palin? Even  so, what kind of media  only acts according to popular opinion?

The special was not critical at all; there were no opposing viewpoints, not even in the commercials.

I can’t imagine what would happen if the NRA aired a prime-time special promoting legislation that reduced firearm regulations.

Imagine, if you will, an America much different from it is now. Thanks to Republican voter-suppression and the repeal of the 22nd Amendment (being sarcastic), George Bush is about to be re-elected to his third term in office. U.S. Ambassador Stevens has exited his Benghazi compound to walk a Turkish diplomat to the gate. Hours later, a well-organized mob of thugs descends upon the compound. U.S. security forces fight back.

They evacuate to a nearby annex, which also falls under attack, this time with mortars. Hours pass, and when the annex is finally evacuated, Stevens and three other Americans have died.

President Bush hears the news, issues a statement that the attack was a spontaneous response to a distasteful video, and then flies to Las Vegas for a campaign stop. But why was the Ambassador sent to such a dangerous area with so little security?

Why did firsthand reports indicate that the attack was planned, and not spontaneous like the administration said? Instantly, every reporter in the nation flies to D.C., demanding answers. Everyone is saying the same thing: Bush lied.

Except for the attack, none of this happened. On Oct. 9 the State Department revealed that the attack was indeed planned, and on Oct. 10 we learned, through a congressional hearing, that security in Benghazi had not been increased, even after reports of escalating violence.

For whatever reason, the administration said something totally different a day after the attack. This was all included in a Bret Baier Special Investigation on the Benghazi attack.

A study by the Center for Media and Public Affairs published in the Washington Times suggests that the press reported the administration’s version of the story more than they challenged it. Why? Every president gets burned by foreign policy hiccups like this, whether it is their fault or not, and they all get asked questions. People weren’t watching television in 1986 and going, “Who cares what Reagan knew about Iran-Contra?”

I’ve been pointing fingers at CBS, ABC and NBC a lot; Fox News isn’t free from bias either, but they’re only one outlet, and I assume most college students don’t watch it.

No matter how much a reporter, anchor or — since this is a college paper — professor tells you they’re totally impartial, be suspicious. It’s human nature for our views to creep into our analyses. But things have gotten out of hand.

Foreign papers and tabloids are better informed than the big guys. Remember the John Edwards affair scandal? It took the National Enquirer to break that story!

Turn the television off. Your media has failed you.