Unfortunately, January is a time when you can’t turn on a television without seeing a commercial for some ridiculous diet food. It goes without saying that the new year is one of the most popular times to lose weight, and companies take advantage of this frenzy by bombarding viewers with ads, whether we like it or not.

The new Special K ad campaign irritates me especially: assuring women that numbers on a scale are meaningless only to end with the tagline, “What will you gain when you lose?” 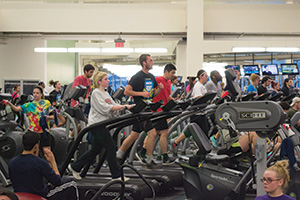 The purpose of this is to “turn deprivation into inspiration” by going against weight loss conventions. However, the end goal is still to lose weight, and the whole thing seems to suggest that unless you “lose,” there’s nothing to “gain” in the first place.

Then there’s the Skinnygirl cocktails line, which offers low-calorie alcohol and encourages women to, “Drink like a lady.” In other words, to drink like a lady is to be perpetually conscious of whether something might make you gain weight or not. Being a lady means constantly struggling to lose, or else avoid gaining, weight.

Being conscious of what you eat isn’t the problem. In fact, making a shift towards healthier eating can be a very positive change in one’s lifestyle. 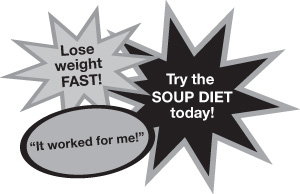 However, eating less doesn’t necessarily make you healthier. In fact, if you’re frequently depriving your body of the right nutrients, it can have serious long-term consequences.

People who diet frequently are actually 12 times more likely to binge eat, and 25 percent of pathological dieters develop a full-blown eating disorder, according to the National Eating Disorders Association. Moreover, dieting rarely works in the long term – so why are we still doing it?

I’m sick of this implication that doing anything like a “lady” must involve being self-conscious about your body. It’s one thing to promote an environment in which healthy eating and fitness is possible and encouraged. It is another thing to capitalize on people’s insecurities by implying that there is some inherent wrong in being overweight.

I’m tired of being told the only way to be happy is to be thin. I’m tired of feeling obligated to criticize myself anytime I eat something “unhealthy” in front of anyone. You know the drill – joke about how you’re so “fat” because you went out to lunch with friends, never mind how much fun you had otherwise. Talking about the calorie count of anything before you eat it is practically a rite of passage for young-womanhood these days,
it seems.

This obsession with getting and staying not only thin but thin enough is destroying our self-esteem. It’s hard to confidently say that you don’t want or need to lose weight when it’s such a dominant part of our culture.

Diet commercials are full of people talking about how much better their life is now that they lost x number of pounds, but can anyone ever really be satisfied? Despite all of the “success stories” that these brands boast, the majority of women consistently report that they’re unhappy with
their bodies.

Meanwhile, only a small fraction of women are actually as thin as fashion models, who dominate advertisements and represent the all but unattainable “ideal” for women’s bodies.

Everyone’s body reacts to food differently, and everyone has a different “ideal weight.” Weight is so individualized that there’s no point in generalizing anything about it or making broad assumptions about someone’s health based only on how their body looks. The number on the scale truly is meaningless.

We need to shift the focus from calories and weight to healthy eating overall. If we keep striving for sticklike, “perfect” bodies, we’ll starve ourselves to death and be miserable while doing it. Besides, it’s going to take a lot more than a few low-calorie frozen dinners to fix America’s junk food problem.

What I do want is women who love their bodies and don’t feel ashamed of it. In this society, that’s a radical idea. I want to see different representations of beauty when I go to the mall. I want self-confidence and high self-esteem for all.

For now, though, I’ll just be happy when January comes to a close and the barrage of diet advertisements begins to let up again.