Girl about Campus: Why do people like to burgle me?

I have a history of losing hubcaps off my Jetta and having personal possessions stolen from me.

This weekend I had the pleasure of having those two experiences combined. After leaving my car parked in my apartment building’s garage (which I pay to park in) for approximately 10 hours, I came to realize someone had stolen the plastic cover off of my passenger’s side mirror. 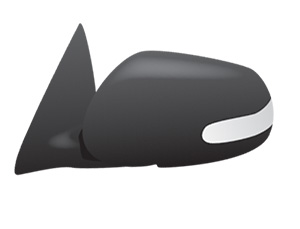 I know that it was stolen because the part on the driver’s side is so firmly attached, there is no possible way it could accidentally get knocked off without the side of the car sustaining damages.

I attempted to file a police report. However, when the officer arrived, he told me that without more solid evidence that a crime was committed, he couldn’t file a report. The best he could offer to me was that the situation was indeed, strange.

I tried explaining to the officer that a few weeks ago the building manager had posted signs that a group of boys ages 10-13 were seen running around the garage. They are my number one suspects. 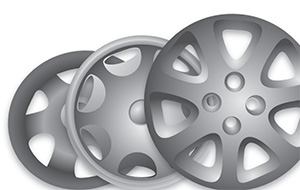 Apparently, that’s not enough evidence for the police. And so my case goes unsolved.

Rather than complain about things, I like to think of scenarios that might explain what just happened to my life. Here are my best hunches:

Someone stole my mirror cover with the intentions of putting it on eBay.

They will sell it at a ridiculously high price, knowing that I’ll need to buy a replacement. This person will probably also create a fake eBay account to bid against me, driving the price up even higher.

Someone stole my mirror cover with the intention of putting it on Craigslist.

In this situation, the person would want to meet up in person to do the money/mirror cover exchange, concluding their longtime hobby of stalking me. That meet-up will either end in me getting trapped in a basement a la Silence of the Lambs, or getting murdered.

Someone is stealing my car:

One piece at a time.

There is some way of breaking into a car by going through the side mirror.

Someone was in the process of breaking into my car, but someone else came into the garage before they could finish. Not wanting to leave empty-handed, they pocketed my mirror cover.

Someone is a hoarder and a kleptomaniac.

And that’s all I got. If anyone has any leads for me, let me know. Or if you have my mirror cover, give it back.