Flattery will get you nowhere

They say imitation is the highest form of flattery, but I’m willing to bet ‘they’ are those who do the imitating.

And, really, ‘they’ have no scope of ingenuity. I get it; coming up with ideas can be tough. In fact, if it’s how someone makes their living, it’s damn near wretched if there’s a creativity block. Yet, in the last decade or so, there seems to be this notion that rampant remakes are what people want. Perhaps I’m in the minority, but I’m not feeling this latest slew of 10-year redos. 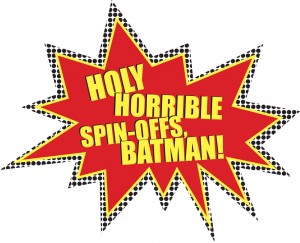 In the latest batch of box-office copycatting are two horrendous films, “Total Recall” and “Dredd.” Now, it should come as no surprise, but I was (OK, I am) a big fan of ‘80s-’90s era Schwarzenegger and Stallone.

So, when these two knockoffs came out, starring Farrell and Urban, respectively, I was a little “meh” about both right off the bat.

Don’t get me wrong, Urban wasn’t bad in “The Chronicles of Riddick,” and his “Dammit, Jim” was spot-on in “Star Trek,” but he’s not Stallone. Part of what made the original “Judge Dredd” movie so spectacular was Sly’s curling lip scowl. (Oh, and Diane Lane … but I’m a sucker.)

Birth defect or not, it was hilarious when that was all you could see under his helmet. And, Farrell? Well…yeah. Unless he has a cigarette hanging off his lip, and speaks with his profanity-latent brogue, there’s not much going on for the Irish rapscallion. In truth, the quasi-storyline revamp in both just didn’t hit the mark.

Neither made sense, and they were both so rushed to just get the new ideas across to the viewers that I was still staring at the screen past the ending credits hoping a little bubble would pop up with some semblance of a resolution, some closure.

Anything that would give me my money back.

Holy horrible spin-offs, Batman! Comic-to-movie creativity can be solid, but reinventing the wheel – terribly – is just a step too far.

It’s not just movies, though. I cringe at song remakes, too. There’s some obvious winners out there, like Johnny Cash’s “Hurt,” or anything off A Perfect Circle’s “Emotive” album, but they’re a far cry from the masses’ outpouring of ear-throbbing drivel.

A lot of the new kids on the block seem to be, I don’t know, lost? I think they all stepped into the shower one morning and decided that their shampoo bottle really enjoyed their wretched rendition of a classic.
I’m betting, if Pantene had ears, though, it’d throw up all over Miley Cyrus’ “Smells Like Teen Spirit” or Fall Out Boy’s “Beat It.” Honestly, FOB … you had to bring in John Mayer to do Eddie Van Halen’s guitar solo? John Mayer?!

It’s one thing to be at a loss for some novel song, but also being completely incapable of trying to cover all the pieces, and then bringing in the wonderland body guy? It would have been better if they stuck to their pseudo-hiatus. Truly.

It’s not easy coming up with something new and interesting. I get it. But, in earnest, it’s better to just not do anything at all than to subject the rest of us who actually enjoyed the original, and don’t really need their current rendition of their favorite song, or movie, or book. The whole concept seems puerile.

And, speaking of books … how many more Harry Potter or Twilight knockoffs are people going to try before we get a scarred, four-eyed blood sucker with a furry companion who loathes t-shirts?

I think the book market fares far worse in the whole doppleganger arena, simply because all anyone really needs to do is change a few names, locations and syntax to have a copycat made. Hell, Vanilla Ice may have succeeded if he wrote stories instead of trying to rip off David Bowie and Freddie Mercury.

Moreover, I wonder how “Girl about Campus” would feel if I decided to do a slightly different take on an obvious, preexisting concept, but call it “Woman about Campus.”

Oh, sure; it’d be about the same topics, but there’d be key differences in order to show its nuts and bolts from my perspective. I’m certain she’d feel really burgled then.

Point of fact, I understand that some ideas are so good they can be recreated with different elements to amalgamate a fresher concept. Tolkien’s universe was a forerunner for so many authors. Hitchcock practically wrote the book on horrors.

And, it’s difficult to not find musical roots stemming from The Beatles or Led Zeppelin. The simple matter is, however, that it’s the ideas that count, the backbone, and not how well the copy machine translates.