You could hear a pin drop in E.J. Thomas Hall last Tuesday night, as John Walsh told the audience about how he came to be known as the host of the television show “America’s Most Wanted.” 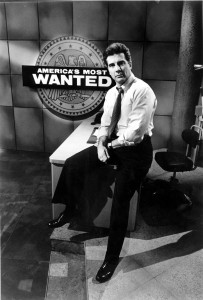 “When I got the call that the body they found was Adam’s, I lost it. I don’t remember destroying the room,” Walsh said.

Every year, the Delta Gamma Sorority sponsors a Lectureship, complete with dinner, pictures with the speaker and a forum from the speaker. In the past, the Lectureship had hosted celebrities such as Michael J. Fox, Colin Powell and Geena Davis. This year, Delta Gamma was proud to welcome John Walsh to the beautiful campus of The University of Akron.

For those of you who don’t know what “America’s Most Wanted” is, here’s a summary: It was a show created in honor of John Walsh’s son, who was kidnapped. This horrible event affected him deeply, and in order to help others, he agreed to host a show that was inspired by how he reacted to the situation.

In 1981, Walsh was a successful business owner in Miami, Fla., who was living the “American dream.” He had the life he always dreamed of, complete with money, a beautiful wife named Revé and a family.

One day in July, Revé and Walsh’s six year old son Adam went to a mall.

According to John, Revé is the most caring mother. She never let Adam walk anywhere by himself. That day, Adam told his mother that he was going to play a game in the arcade. On this fateful day, however, a few seconds was all it took to change their lives forever.

Revé called John in tears, which was his first clue that something was wrong. She proceeded to tell him that she called the police department, which was conveniently located across the street.

John raced over to the mall, but ended up arguing with the cops, who “took statements,” but didn’t do anything to search for Adam.

John and Revé never stopped searching for Adam. They made flyers and posters with Adam’s face on them, and even flew to New York to be on a national news station to plead for help and for the kidnapper to just bring Adam back.

The morning they were supposed to be live on air, John got a call from a coroner’s office in Florida, saying that they had found a body and a head of a young boy. Not wanting to scare Revé, or make matters even worse, he kept it to himself, saying, “No, it’s not him.”

After the airing, they went back to their hotel room. They got the call that a body and head were identified as belonging to the six-year-old Adam Walsh.

After hearing his speech and his story, no one in the room could deny that John turned something so tragic and devastating into something positive. He could’ve been depressed the rest of his life; he even mentioned having thoughts of suicide. Instead he agreed to be the host of a TV show that empowers the public to get involved in the catching of criminals and fugitives.

Lauren Schwarz, a senior biology major and a member of Delta Gamma, felt touched by his inspirational story.

“Delta Gamma has given me the amazing opportunities to meet Michael J. Fox and Geena Davis, [but] meeting John Walsh this year was the most inspiring,” said Schwarz. “He’s an amazing example of how you can turn such a deeply personal tragedy into [something] that can touch and change other lives. With every Lectureship, I take something away that motivates me to do more and ‘Do Good.’ I’m so blessed; his story truly touched my heart.”

Alexis Hipkins, an early childhood education major and the president of Delta Gamma, was particularly moved by Walsh’s speech.

“He was very kind and inspirational. His talk encouraged us to continue doing good and not giving up hope,” said Hipkins. “It was just an awesome experience for everyone.”

The main point that Walsh was trying to get across to his listeners is that everyone can make a change. All it takes is motivation and faith that you can make a difference.