Thinking of the future, remembering the past

There’s always something about people’s resistance to progress. It’s as if a certain section of their brain, a fight/flight threat sense, that is missing such that they are ignorant of their own extinction. I cite the workers still crying about losing 90s era jobs from business ingenuity and progress as well as people that oppose any “controversial” scientific advancement. 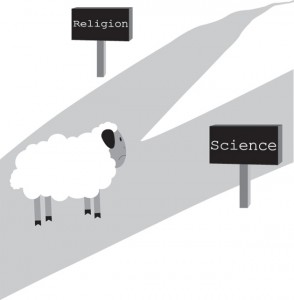 I’d like to be the secretary who manages these complaints on the part of progress. I’d take their name, address and complaint. I’d promptly shove their complaint into the shredder because they are wrong and outdated.

There’s a common theme within nature and that’s survival of the fittest; I feel I’m more one with nature when I embrace that, and it can be applied to anything. My case in point is public outlook on progress.

As a forward thinker, I am endowed with magical powers to be comfortable with knowledge and understanding change — both good and bad — rather than running from it like a scared chimp. This brought, some would say uplifted, me from a religious mind to a scientific and reasoning mind.

That also bugs me — the fact that that people hold this idea that they’re both persecuted for their beliefs, but cling vigorously to ideas for no other reason than “it’s what they choose to believe.” Let’s not forget that they make up most of the population and typically do most of the persecuting. Frankly, I’ve yet to meet a person that chooses to believe tigers were merciful creatures, and weren’t then mauled because of that belief by said tiger.

The religious mind isn’t an issue; it’s the fact that ignorant minds cling to religion so fervently that it facilitates that mindset. Being a religious person doesn’t make you a persecuting and ignorant sheeple; you can be a reasonable person and hold religious beliefs. I know that because the majority of our population are reasonable religious people — religion is still part of our society.

What I really disagree with is how it harbors and fosters the mindsets of, essentially, putting blinders up to the world and only accept X belief as absolute, unquestionable fact. If society were to be able to weed out and cut out aspects that foster the making of sheeple, we would be a grander species.

“Sheeple,” by the way, are people who allow themselves to be herded like sheep to whatever direction the master sees fit. In the case of religion, the master is an almighty god.

However, I believe in a diversity within beliefs, such as nature’s bountiful diversity.

Think of a millennia in the future, sans religion, hearing about it like it was the wooly mammoth. I would be fairly upset to hear about religion, not as an archaic thinking system, but as an extinct organism.

There has to be a point in religion that you say “No” to certain doctrine and embrace proven facts and trends. The time of cloning, aliens and artificial intelligence is coming — or already has. The world will need people to accept, understand, and unify to solve the problems each of these issues bring up. The world will die if we fail — nay, shun — these realities.

Science doesn’t have all the answers, nor does religion or anything on this planet, except the Cube of Limitless Knowledge. There are things that go bump in the night that science cannot explain.

I am a lover of the supernatural, not because it’s funny to see people devoted to something seemingly stupid and laughable, but because my reasoning mind compels me to look into the dark and say to myself: “In that absence of light, there’s anything but an absence.” It’s wonderful that we don’t have all the answers; the unknown makes life that much more wondrous.

In other news, I have brokered a deal with the Illuminate to allow visitors to Planet X and am currently selling flight tickets.