With those unfamiliar to Akron football, it’s easy to overlook our modest program in lieu of following other state powerhouse programs, such as Ohio State. There may be good reason to follow these other programs because of the Zips lack of production over the years, but there is considerable reason Akron students should consider throwing their support behind the Zips. 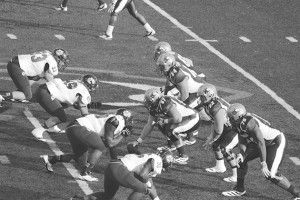 Akron has been through three coaches in the past five seasons: J. D. Brookheart, Rob Ianello and Terry Bowden, now for his second season.

Brookheart led the Zips to their first ever conference championship, as well as their first post-season bowl game, but was fired after four consecutive seasons of under 0.500 on the season.

Rob Ianello inherited a program on the brink of being turned around, and instead lowered the program to an all-time-low of two consecutive 1-11 seasons.

This is where head coach Terry Bowden came in. And despite having a 1-11 season of his own, he has made major strides to revitalizing the program.

Spring game is an annual intra-squad game which is an opportunity for coaches to test players at every position, as well as for fans to see their team in action for the first time since the fall. Most people in Ohio focus on Ohio State’s spring game, but there is reason for students to focus on Akron’s this year. Students get into the game for free, which is a great activity for a Saturday morning; it also gives students the opportunity to see the improvements that Bowden is making.

Zips fans can expect to see a much improved squad this year, with a vastly improved defense. There have been some major changes within the conference. With Kent State losing its head coach to Purdue and Miami losing their quarterback to graduation, there is an opportunity for Akron to win some games.