If you were ever going to grow eyes in the back of your head, now is the time. Phi Delta Epsilon has brought back the Humans vs. Zombies competition
to campus. 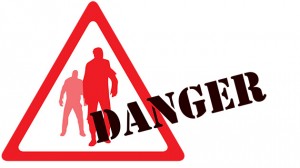 This epic game of tag takes place April 8-12. Each day the game lasts from 8 a.m. to 8 p.m. Things get real on Friday, as the day extends until 10 p.m. to separate the winners from the losers.

This rivalry of the millennium is a fundraiser directly benefiting Akron Children’s Hospital Children’s Miracle Network. All proceeds from the event go toward supporting research and training, purchasing equipment and paying for uncompensated care, according to akronchildrens.org.

Humans vs. Zombies originated on another campus and utilized Nerf guns, but has since needed to adapt to ensure the safety of everyone on campus.

“There was not any hesitation from the university or university police to have the event this year,” said event organizer Eva Paoloni. “No problems were experienced last year, and both were informed well in advance of the game.”

In its second year on campus, the medical fraternity hopes to have an even bigger turnout this year. “Before, people were confused with the game,” said Michelle Sergi, the president of Phi Delta Epsilon. She added that handouts specifying the rules were distributed to participants.

The fraternity also extended sign-up days and showed videos to clear up how the game is played.

“I wanted at least 100 people to sign up to play to ensure a fun game; and we have definitely already reached this goal just after a few days of sign ups,” Paoloni said.

Unlike the actual zombie apocalypse, these stiffs must play by a particular set of rules.

All participants begin as humans, but a specially designated group of zombies scatter the campus looking to turn the humans to initiate the madness. Orange bandanas are worn at all times during gameplay on campus, with zombies designated by the bandana on their heads and humans sporting it on their arms. Students sign up solo or in groups.

The only protection humans have from the zombies is a defense that would repel anyone wary of feet: A rolled up pair of socks. During the first four days of the competition, the sock bombs will stun zombies for five minutes, but only one minute on the final day.

This obviously does not allow anyone to live out their fantasy of being Daryl Dixon from “The Walking Dead,” picking off walkers with a crossbow. Instead they can load up a quiver of their fresh Sunday laundry load.

In order to win the game, humans must attain points by seeking out zombies and stunning them with their sock bombs. In turn, zombies acquire points by hunting down and converting their human prey.

Points are recorded on the UA Humans vs. Zombies Facebook page.

“The prize for winning is a trophy and knowing you helped little kids,” Phi Delta Epsilon member Chris Spolarich said.

“Typically Phi Delta Epsilon organizes it as a spring event because our Children’s Miracle Network Benefit Dinner is in the fall,” Paoloni said. “But who knows? Another zombie attack could be around the corner.”

So let the games begin, UA. This is the ultimate boot camp in preparing for the dead rising. That is, if the dead were allergic to socks.