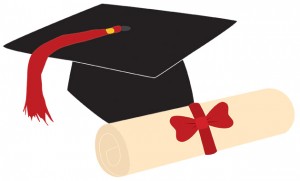 The only known cure is a phenomenon known as “graduation.”

Senioritis should only be a word used to describe seniors in high school, but I’ve unfortunately heard it used frequently to describe college seniors. And I have a beef with that.

I’ve seen teachers go through a roster during the first week of class and once they see that they’ve got seniors in the room, they’ll ask, “You’re not going to get Senioritis on me half way through the semester, are you?”

Or I’ve heard coworkers ask if they can handle taking on the responsibility of a new project or if they think they might feel a case of Senioritis coming on. Ask how school is going and any answer other than “great” elicits the response, “Oh, Senioritis, huh?”

No. Senioritis is a little insulting. Suddenly my work ethic is forgotten and I’m a sloth? Sure, Senioritis is a nice cushion of an excuse for not giving 100 percent effort, but let’s get some things straight.

I don’t have Senioritis. I’m just having some Pre-Grad Pains. Pre-Grad Pains start popping up whenever exposed to an impending graduation date.

Causes include:
-Perfecting your resume
-Adding new material to your portfolio outside of class work.
-Scheduling interviews
-Gaining work experience including shadowing, internships, part-time jobs and volunteer work
-Realizing you might not see your close friends as much as you used to
-Job “searching”
-Applying for jobs you’re under-qualified for
-Considering the possibility of moving back into your parents’ house
-Hearing the ticking clock that counts down the time until people expect a monthly loan payment.

Symptoms include:
-Forgetting class assignment deadlines
-Missing class
-Wearing professional attire 50 percent of the time and a disheveled mop of hair the other 50 percent.
-Use of the phrase,
“Good enough”