Reflections on the semester’s end

With the end of the semester fast approaching, going to class gets harder by the day. It’s difficult to concentrate on school when there are three months of glorious freedom looming – or at least, as close to freedom as a college student can get.

Maybe it’s because most of my summer plans are up in the air at this point, but I can’t help but feel a tinge of melancholy that the semester is ending. I know that’s weird, but this isn’t the first time that I’ve felt something other than pure elation at the end of a semester. 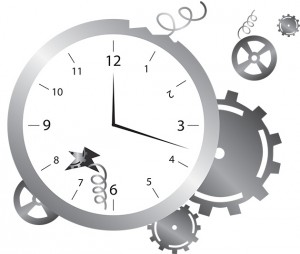 Somehow the spring semester’s end always seems a little more final than the fall’s. Maybe it’s the longer break, or the fact that it marks the end of another full school year.

During the semester, I always get into a comfortable little routine. I know my classmates, my professors, and, for the most part, what is expected of me in my courses.

But every 15 weeks, that routine is disrupted with a new set of classes, which I have usually scheduled with much trepidation and reluctance. And every 15 weeks I ask myself the same set of questions: How will this semester turn out? Will it wreck my GPA? Will I see my friends enough? Most importantly, when will I eat lunch?

Most semesters turn out better than I anticipate, which I suppose is a hint that I should be a bit more optimistic. Still, I hate to leave a good thing behind when they’re over, taking with me the knowledge that I will soon plunge into the great unknown of fall 2013.

And while I’m not that close to graduation, every semester that passes also brings me closer to the Great Great Unknown –– the unknown that is so unknown it needs two “greats” and capital letters.

I’m talking, of course, about the world of full-time work.

It’s no secret that the economy isn’t so great right now. I have no idea where it will be in two years, let alone where I’ll be. Heck, I don’t even know where I want to be. I selfishly hope that most people share this sentiment with me. We may put up a façade of confidence, but inside, I know I’ll be freaking out until I figure out what I want to do with my life.

In other words, I’ll probably be freaking out until the day I die.

I obviously have the unfortunate tendency to look toward the future while completely neglecting to live in the moment. As you might have noticed, astute reader, this article has quickly jumped from “summer 2013” to “fall 2013” to “the rest of my life.”

Much like my summer, the rest of my life is up in the air –– but at least I’m not alone in that.

I guess what I’m saying is, the spring semester seems to be a natural time to reflect: For better or for worse. The end of classes tends to remind me that time is moving forward. Worrying about the future is the last thing I want to be doing when I should be gearing up for summer, but that’s life I suppose.