On their return this fall semester, students will notice quite a few differences in the Student Union. According to Anne Bruno, director of the Student Union, one of the main changes that took place over the summer was to Zee’s Convenience Store. 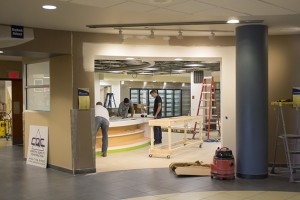 The Zee’s store in the Student Union has now been transformed into Zee’s Natural. This store, Bruno said, will feature natural and organic food items. Students that are vegan, vegetarian or just want to eat healthier will now be supplied with more options than before.

“This change was requested by students, [for] before they were limited to the small selection of organic food Rob’s Dining Hall supplied,” Bruno said.

Along with these modifications, a Freshens has been placed inside Zee’s Natural. Freshens is a smoothie bar featuring salads and wraps where students will be able to use swipes when purchasing items. By placing these stores in a central location, students will have easy access to healthy food.

When asked about these changes during New Roo Weekend, students reported that they were happy with this switch, for they were very limited on health food before. They were also excited about having a smoothie bar on 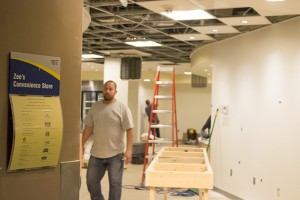 “I’m happy about this change because it supplies us with healthier options that were not available before,” Jackie Culley, a sophomore and New Roo Weekend leader, said. “Also, we still have Zee’s in a few other locations so it’s not disappearing completely.”

More changes have taken place in the Student Union, as many offices have moved in and out of the Student Union. The Career Center was originally located in Simmons Hall and has now been added to the second floor of the Union.

“With this change the university hopes to put more focus on student success by placing the office in a more central location,” Bruno said. “We want students to have easy access to information about graduation and their career options afterward.”

The Zip Card office in the Union has been relocated to the Honors Complex, with the Information Center from the second floor taking its place.  The Department of Student Life will also be placed on the first floor.

“Students can learn about our nearly 300 student organizations and how to become involved on campus,” Bruno, who is in charge of this office, said. “It is a great place for new students to explore and will now all be positioned in one central location.” 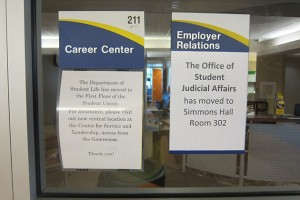 “USG is very excited to be getting more office space,” Chelsi King, a Junior and USG representative, said. “Not only will it create a smoother working dynamic, but the placement will be more welcoming for students and encourage their engagement with USG representatives.”

For more information about the Student Union, visit uakron.edu/studentunion.