When it comes to college, perhaps the hardest part is finding out what to major in. While some people have it relatively easy, others struggle endlessly to find a career field that interests them.

Every year, many students waste thousands of dollars and tons of time in classes that they hate. The result is either them dropping out of college or obtaining a degree they have no interest in pursuing.

When students are unsure about what career field they want to get into, it’s important that they don’t wait until it’s too late to change their major. Students need to get the most out of the time they spend in college and the only way they can do that is by knowing what they want to do with their lives. 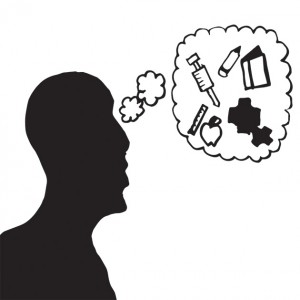 Don’t be the person that settles on their major because they don’t know what else to choose. There is no shame in going to college undecided or using the general education classes to explore different subjects.

Try taking a geology class or a course in physics. Take a fine arts class or a course in philosophy. Use social science credits to study psychology, anthropology, economics or history. Students should really take the time to discover what they are passionate about or what interests them. They need to exhaust every option until they find something that clicks with them.

Talk to an adviser

If a student is struggling, it’s important that they talk to their adviser. It’s imperative that they speak with their adviser in order to change their major anyway, so why not go to them first and ask for advice?

Academic advisers can be the key to a student’s success in college — but only if students utilize them.

Talk to other people

Students often carry the misconception that everyone around them has it all figured out. But usually the person sitting next to you in class has no idea what they’re going to do with their life either. I’ve come across more people in college who are confused and undecided on their major than people who are dead set on theirs.

It might be a good idea for students to talk to other people who are just as lost as they are. Maybe they can help each other out. Or better yet, students can find someone who is working or majoring in a career field they’re interested in. Maybe they will have valuable advice or some information that will help.

I’m not necessarily suggesting that students drop out of college, but take the time to think outside the box a little bit. They could look into studying abroad so they can have the opportunity to travel and have a once-in-a-lifetime experience.

For students who aren’t that adventurous, the Disney College Program is available as well as similar internships that span over a semester or more. Sometimes taking a healthy break is important and eye-opening.

Ask not what your major can do for you, but what you can do with your major

Sometimes it’s obvious what career field a student wants to get into but they are hesitant because of job security or the low salary of the field. If there’s one thing I’ve learned as an English major, it’s this: students need to learn how to work their major!

Students should research the major and see what they can do with it. There are probably a million different sub-fields within it that never appeared to them before. Some might not be able to get the job they exactly want, but they may come close to it or even find one that they like better.

Students should remember that college is the only time in their lives when they can just focus on themselves and what they want to do. This is their chance to really take advantage of every opportunity given to them and explore every single thing they want to. They should figure out what they’re passionate about or interested in and go for it.