A big step for equality

Marriage equality has come a long way this past summer, but there is still a long, bumpy road ahead of us. Section 3, a very important part of The Defense of Marriage Act (DOMA), has been overturned this year.

This means that same-sex couples that are married in other states finally have their marriages, and some federal benefits, recognized in states that don’t allow same-sex marriage.

These couples can now get benefits and be recognized as spouses on government forms. They now also qualify for green card sponsorship, student financial aid, and health, vision and dental benefits. 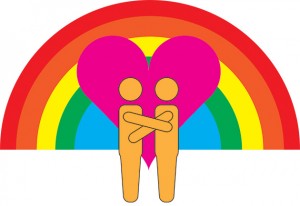 Other things, like Social Security benefits, depend on the state that the couple lives in, not the state where they were married. This is a huge step towards marriage equality but there is still a long way to go to get full equality for same-sex couples.

This summer also brought the count of states allowing same-sex marriage up to 13, including Washington D.C. The newest states to have marriage equality are Delaware, Minnesota, and California after overturning Prop 8.

There is still a lot of work to be done for equality. Same-sex couples have to travel or relocate to get married and to receive full benefits. For some couples that don’t have this option, this means never being able to get legally married. This can be extremely upsetting for them.

Being married “in your heart” and actually being married on paper and being recognized by the government as a married couple are two very different things.

Being legally married means getting benefits that heterosexual couples do, being able to make emergency medical decisions for one another and being able to have the same last name. These may all seem like little things and may be taken for granted by couples that have the right to marry, but to same-sex couples, they mean the world.

If you are not in a group that has been oppressed and discriminated against, I sincerely hope you never have to find out what it feels like. Not being able to hold the hand of the person who you love in public for fear of rude comments, or having trash thrown at you, is a terrible feeling.

Not being able to get married and have the same last name as your spouse is heartbreaking. Not being able to tell people that you are in a relationship at your job because you are afraid that they will fire you is terrifying.

Getting marriage equality in all states is going to be a long fight, but it’s worth it. Besides the fact that everyone will be able to get married, same-sex marriage can help the economy. More marriages means more business for wedding planners, caterers, wedding venues, florists, party shops, vacation destinations, wedding boutiques and tux shops. The list goes on and on.

So as the saying goes, if you don’t like “gay marriage,” don’t get one. Just leave those who want to have a same-sex marriage alone. They deserve just as much happiness as everyone else.