The University of Akron is offering a weeklong event geared to help students realize diversity across campus.

Diversity Week,  is a program designed for UA students and is comprised of events from 14 different organizations around campus. Lorri March, the coordinator of campus programs, said that this program has been here since before she came to the university 12 years ago. 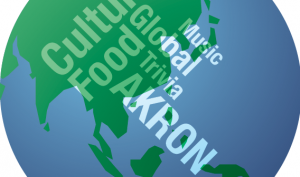 “Our campus is a melting pot of so many different races [and] religions,” she said. “Students are able to see the diversity and can acknowledge it.”

The program was moved to the fall semester six years ago when the university found that the students are more likely to get involved within the first six weeks of the year.

There are many events taking place throughout the week, including a world music performance Tuesday at the Student Union Starbucks. Presented by Simple Gifts music group, music from around the world will be performed for students. This will take place from 3 p.m. to 4 p.m.

March said another major event taking place is a performance by comedian ANT titled “Bullied, Bashed, but not Broken.”

“Many students don’t see being bullied as a form of diversity,” March said.

The performance is presented by the Residence Hall Program Board (RHPB) and Residence Hall Council (RHC). It will take place on Wednesday at 3:20 p.m. in the Student Union Theatre.

March said that this year is a special year, as National Constitution Day, a day to comemorate the signing of the U.S. Constitution, will fall on . She said this date is important as it celebrates the diversity across the United States. To celebrate, pocket-sized Constitutions will be distributed in both the Student Union and the Polsky Building.

March said there is one thing that she hopes students will get out of Diversity Week.

“We want to definitely increase the awareness of visible and non-visible differences,” said March.