I know you want it

n lieu of the recent MTV Video Music Awards and Miley Cyrus’s undeniably provocative performance, it is impossible to avoid the abundance of complaints about everything from Miley’s revealing costume to her “inappropriate” interactions with Robin Thicke. Some even go as far as to pity Thicke for letting Miley lick his neck and grind against him. But it is rare to hear complaints about the actual lyrics of Robin Thicke’s hit single, “Blurred Lines.”

The sexist nature of the song is discussed in whispers between friends and screamed in caps lock across the internet on feminist blogs. Brilliant parodies of the music video have been made with women singing about feminist issues with half-naked men dancing around them to exploit how ridiculous it is for anybody to dance around in bizarre, plastic excuses for clothing. 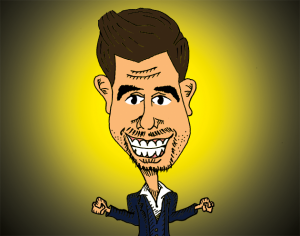 The lack of discussion is alarming. Why is it okay for Robin Thicke to dance with the women in his video but when a woman takes the control of the situation and dances on Robin Thicke, outbursts of slut-shaming ensue?

It seems uncommon to hear discussions of feminism and sexism before you reach a college humanities or sociology course. Once these classes are taken, however, it is difficult to not notice everyday sexism. A boy who cries or shows weakness is sneered at for acting like a “girl” while a woman who asserts herself and defends what she believes in is considered a “bitch.”

It would seem that in 2013, people should be able to refrain from equating weakness or strength with a certain sex or allowing certain behaviors in one but not the other.

What’s worse is when women themselves partake in these small, sexist jokes.

Girls, making jokes about belonging in the kitchen allows other people to make sexist jokes without remorse. It makes it seem okay that men and women are not always considered equal in this world. These small moments of sexism are not unimportant. Once aware of the inequalities on a small level, it is easier to notice them on a larger scale.

It is not okay that this country allows primarily male politicians to make decisions regarding women’s health rights or wages. It is not okay that in a world of rape-culture, women are told that they “deserved it” because of what they were wearing. It’s not okay that male victims of rape are rarely heard because society tells men they cannot show weakness and ignores that admitting you’ve been taken advantage of and showing that weakness displays an incredible strength.

This isn’t to say that “Blurred Lines” is not catchy or that Miley Cyrus should stick to Disney-appropriate activities. This is to say we should consider our small actions so that eventually they translate into big actions and make a difference someday.

Women and men are meant to be equal and held to universal standards. Rather than calling that woman a “bitch” for being driven, congratulate her for it and challenge her professionally and respectfully.

Instead of reprimanding that boy for showing his emotions, approach him with the same amount of compassion that you would approach a girl with and recognize that everybody has weak moments, not just women. Consider your actionand with any luck, that glass ceiling will become more visible and quite breakable. I know we all want that.