Sponsored by the New Media program at Myers School of Art and the Department of English, the annual Akron Film+Pixel Night will be held at the Akron Art Museum at 7 p.m. tonight. 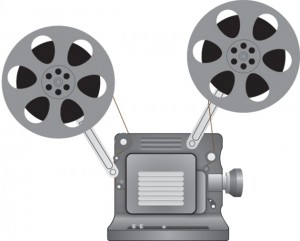 The New Media show, “Pixels,” starts after the films at 8:15 p.m. at the Summit Artspace, a five-minute walk from the Akron Art Museum. Pixels will showcase the talents of five University of Akron students. Student artists being highlighted include Alex Bach, Anita Marquart, David Swirsky, Sharon Shapiro and Keith Swanger.

Free food and beverages will be served and guests will also have an opportunity to try out the Oculus Rift virtual reality headset.

The Akron Film+Pixel  evolved from the Akron Film Festival in 2002 by Rob Lucas. This organization is open year-round for film, game fans and creators to attend their various events.

The Akron Film+Pixel also has contests for artists to enter their work in, a film club for classic film enthusiasts, the Night of Freakishly Short Animation Festival to celebrate some of the best animated shorts of the year, and Pixel Mix to discuss animation and motion graphics.  Be sure to keep an eye out for these events throughout the school year.

This event makes for a fun occasion to support fellow students and to try something different. You can make an evening of it by going out to dinner beforehand at one of the various restaurants located in downtown Akron and dressing up in your best clothes.

The suggested donation is $5 for entrance to the event.Be sure to check out www.akronfilm.com for more information.