The biggest business in the world, the U.S. government, has closed for business for the first time in 17 years early Tuesday leaving many people wondering how it will affect their lives, including students. 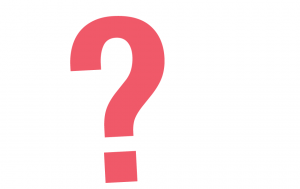 According to the Department of Education’s contingency plan for a government shutdown, Pell Grants and student loans will continue as normal, and the Federal Student Aid’s Chief Operating Officer and other management officials responsible for Pell Grants and Direct Student Loans will designate the minimum number of employees necessary for these programs.

Michelle Ellis, the executive director of student financial aid, said that students who are still in the process of applying for financial aid this year could run into problems with the IRS Data Retrieval Tool, which is an instrument used by families to pull their federal income tax information over into their Free Application for Federal Student Aid (FAFSA). She said that this issue will not affect many students, as most have already received their aid.

Ellis said that while there are not many short-term effects of the shutdown on financial aid, there are possibilities of long-term effects.

Ellis also said that there is some concern as to whether or not the shutdown could affect funding to the Federal Work-Study Program. This is a federally-funded program that provides part-time jobs on campus to eligible students in financial need, according to the UA website. This will not affect the program during the 2013-2014 school year.

While this shutdown may have long-term effects on funding, Ellis said students should always be concerned with how they will pay for their education.

“As many of our students already know, state and federal aid programs alone do not cover the entire cost of attendance,” she said.

Ellis said the application for federal aid for the 2014-2015 school year is not available until Jan. 1, 2014. Students should apply no later than March 1, 2014 to be considered for programs like Federal Work-Study.

“Budgeting and planning for the next aid year is something all students should be doing,” Ellis said.