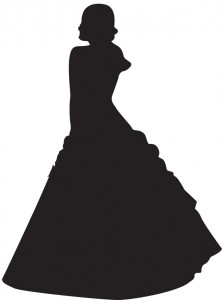 Today’s Bride Magazine & Shows is a publication and wedding expo that represents the bridal industry in Northeast Ohio.

This year’s October shows kicked off earlier this month at the Sheraton Suites Hotel in Cuyahoga Falls.

The lobbies of the Sheraton were filled with exhibitions and displays promoting area catering, photography, florist and clothing businesses to outfit a variety of wedding styles.

Food and wine tastings were scattered between tables displaying everything from gowns to flower arrangements to photo albums and more.

Tiers of cupcakes towered over plates of wedding cake samples. DJs and entertainment groups tested their sounds systems and variations of Pachelbel’s Canon drifted from room to room.

Offering a beautiful, natural touch to the expo was the breathtaking view of the waterfalls and river from the hotel’s renowned restaurant, Beau’s on the River.

From 10 a.m. until 4 p.m., brides and their parties flowed from room to room, taking cards, samples and pitches from the different companies offering their services.

The final show featured dresses from David’s Bridal to start. Strapless gowns, a classic for many body types, ruled the runway, as did embellished belts.

Celebrity bride influences were also apparent. A White by Vera Wang for David’s Bridal gown was the standout. Its so-pale-pink-that-it-looks-white color brought to mind actress Jessica Biel’s pink-and-fuchsia Giambattista Valli gown that she wore for her wedding to Justin Timberlake (how fitting that JT’s “Suit and Tie,” featuring Jay-Z, played as the groomsmen sauntered down the catwalk).

The rest of the looks that were celebrity-inspired were not as well-received. One gown looked like an attempt at a recreation of Kate Middleton’s wedding gown. It missed the mark, however, in trying to be reminiscent of the gown by Sarah Burton for Alexander McQueen.

Bling was everywhere as well.

Not just in the way of jewelry (celebrity wedding stylist David Tutera’s jewelry line outfitted the models); it was also featured all over the bodices of many gowns.

One model also wore an outrageous headpiece with fake gems that looked oddly similar to the one worn by Kim Kardashian during her wedding to basketball player Kris Humphries (the headpiece, and the marriage, failed).

The gowns that wowed were the simpler cuts and lines. Sweetheart necklines, off-the-shoulder, and empire waists were the epitome of timeless beauty.

Other highlights included the mother-of-the-bride dresses from David’s Bridal, and the bridesmaid dresses from Lavender Bridal Salon. The “mothers’” dresses were figure-flattering and chic with expert ruching.

Lavender’s bridesmaid dresses catered to the young crowd as they were edgier and featured unique color-blocking and silhouettes.

Model Lynn Heuer, who also opened on the runway, closed the show in a one shoulder, mermaid-style gown that hugged her figure beautifully. She strutted to the end of the catwalk, and when she turned around — surprise! There, in a room full of bride-to-be’s, giddy with excitement over planning their own special days, was Heuer’s boyfriend, Jim Hein, holding a bouquet of flowers. As he dropped to one knee, the crowd went wild. Heuer looked around, dumbfounded, and upon catching her parents’ gazes in the crowd, she began to cry. Hein asked for her hand in marriage and she said yes.

“Welcome to our newest Today’s Bride! The future Mrs. Jim Hein!” Jim Frericks, the co-owner of Today’s Bride, said after the proposal.

There was much excitement, hugging and kissing as photographers captured every second of the couple’s special moment.

“We will probably surprise everyone and elope,” said Jessica Lake, a senior early childhood education major.

She and boyfriend Scott Cole have been together eight years, since they were ninth-graders.

“But we’ve also discussed having a celebration after for all of our family and friends,” she said.

Senior communication major Alyssa Morter envisions a spring wedding for herself. If it rains?

“It will just add to the magic,” she said.

Cati Castle, a graduate student pursuing her masters in counseling, knows definitively that she wants two dresses — one for the ceremony and the other “to dance in at the massive reception.”

Today’s Bride is offering more shows in January, one at the John S. Knight Center near campus. It is an excellent time to get together with friends and enjoy fashion, food and fun. Visit www.todaysbrideonline.com for more details and promotional codes for discount tickets.