Students packed the Student Union Theater Tuesday night for the chance to hear a pioneer in paranormal investigation give a glimpse into her past experiences. Psychic Lorraine Warren spoke along with her son-in-law Tony Spera about various past paranormal cases she has experienced with her late husband and demonologist, Ed. They have been involved in many cases, some of which have inspired movies such as “The Haunting in Connecticut,” “The Amityville Horror,” and most recently, “The Conjuring.” Spera said that the couple had more than 50 years of experience in ghost hunting and demonology before Ed became ill and passed in 2006. Before introducing Lorraine, Spera asked the audience who has seen a ghost or has lived in a haunted house, and many in the audience raised their hands. He then asked who in the audience believed in spirits, and again many raised their hands. When asking who believed they themselves were spirits, only a few raised their hands. He said that those few were right. 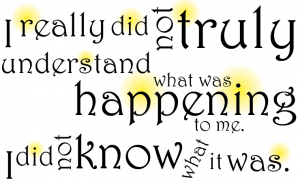