Final curtain for the theater program?

An outside review of the Buchtel College of Arts and Sciences recommends shutting down the theater program by 2016 and reassigning tenured theater faculty to positions not associated with the performing arts. The review was conducted this fall by an administrator at Ohio State University at the request of Arts and Sciences Dean Chand K. Midha, who also is UA’s vice provost. 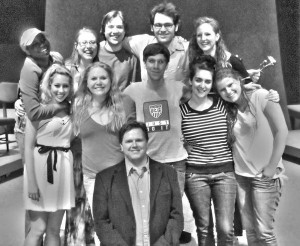