Digital music and movies: Death throes of an industry 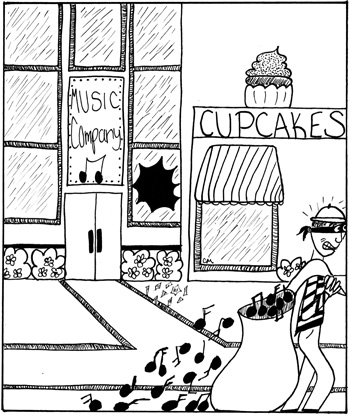 Illegal downloading is rampant. It has gutted a bloated and corrupted music industry. Many artists have lost careers in the process, preventing them from buying their favorite hair care products and reigniting an 80’s revolution.

An owner should not feel guilty for copying/ripping music or movies. Nor should he be concerned with the music and movie industry’s thoughts on transferring media to various types of players. It is an antiquated position from the Paleolithic age, when dinosaurs and unseemly things, like New Kids on the Block, ruled with claws, jaws and hip dance moves.

Once purchased, an owner should be allowed to do what he wants with his property. He has essentially paid for the performance rights to these works in perpetuam. The movie industry is trying hard to ensure that an owner’s experience with its media is fraught with frustration.

The new digital versions that accompany many of the new DVDs sound wonderful. However, they have some serious drawbacks and can be a real pity. Here is my story. Proceed with caution, dear reader. What I’m going to tell you may be unsettling to those with sensitive dispositions.

It begins with the purchase of the movie Valkyrie. Yes, I was burned by a Tom Cruise film. The DVD froze near the end of the movie, so I figured this was the perfect time to watch the digital version. When entering the serial number to unlock the digital movie, I missed one of the six gazillion digits. The movie would not play. After correcting my mistake it still would not work. It turns out you only get one shot to key in the code, sucker.

I called customer support to see if they could help me. Not only did they refuse to help, they treated me terribly, as if I were majoring in music. They used really small words and sounded like Steve from Blues Clues: “You should have sat in your thinking chair, you stupid prole.” They were as supportive as my ex-girlfriend when I started dating her best friend. From the outset, they were irritated and enraged, in much the same way as I envision a talking hemorrhoid might act, had it been employed in customer support.

With grim determination I ripped the DVD and watched it in solemn triumph. I hoped to find a movie laden with tempting tidbits about Scientology; I’m fascinated with Scientology’s concept that dead aliens whisper bad things into our ears. Unfortunately, Cruise gave a straight performance. It was even more believable than the straight performance he gives in real life.

The big question is, “What can be done?” I’ll cover a viable solution in my next article.