Football: A tale of two programs 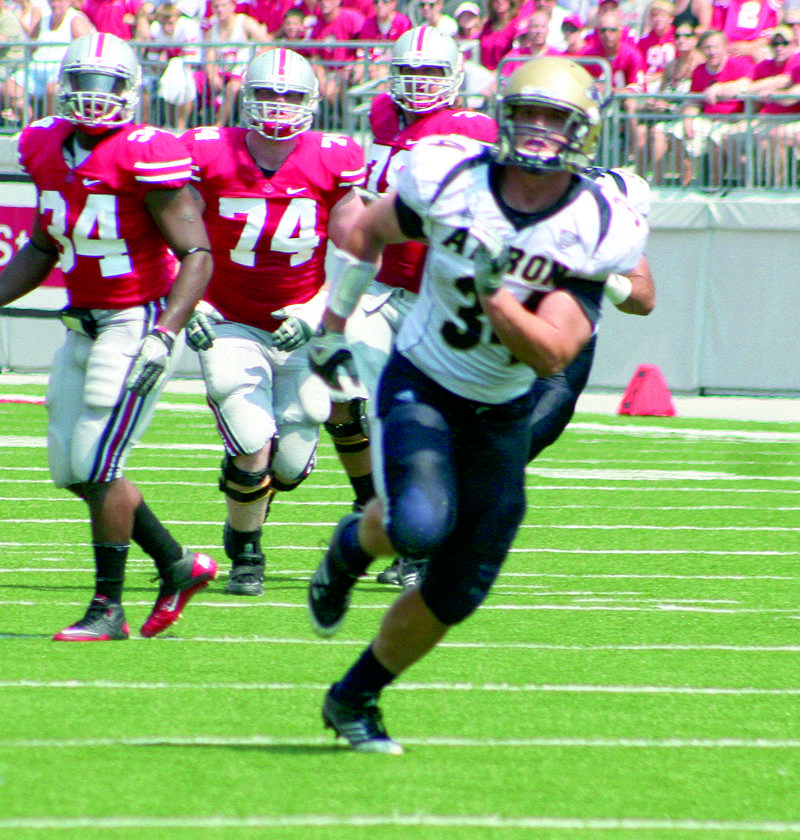 The football programs of The University of Akron and Temple University are in two different places.

The two teams will square off Saturday in the Zips’ home opener, as kickoff is scheduled for 6 p.m. Rob Ianello and company will look to begin Mid-American Conference play with a win, a feat that took UA 12 weeks to accomplish in the 2010 season.

“When I watch Temple on video I see a real well coached team, a physical team, a very talented team,” Akron Head Coach Rob Ianello said. “I certainly think they’re one of the most talented teams in our league.”

In week one, Temple dominated cross-town rival Villanova, 42-7. Temple is expected to compete for a MAC East title season.

Akron failed to put points on the board in week one, resulting in a 42-0 loss .to Ohio State.

“You should make most improvement from your first game to your second,” Ianello said.

The Zips will have to improve on the offensive side of the ball after amassing only 90 total yards of offense.

On the other side of the ball, Ohio State amassed 517 total yards of offense, 293 through the air and 224 on the ground.

Despite the overwhelming figures, Coach Ianello is focused Saturday.

“There is no more talk about our previous game,” Ianello said. “Our sights our dead set on our next game.”

The Zips will have to contain Temple running back Bernard Pierce this Saturday to pull the upset. He ran for 147 yards and 3 touchdowns in week one and is expected to be one of the top players in the MAC this season.

Under center for the Owls will be junior quarterback Mike Gerardi, who completed 14 of 20 passes for 235 yards and two touchdowns.

“[Gerardi] was really impressive to me in the Villanova game, much improved from a year ago,” Ianello said.

While the Zips’ face another tough opponent on the field, Saturday’s game will be host to several off-the-field events.

“It’s a home game, it’s a conference game, we are having a commemoration for 9/11 at the game…and playing a real quality team like Temple,” Ianello said.

Ianello will attempt to avoid a repeat of last year’s home opening loss, 29-3 to Syracuse.