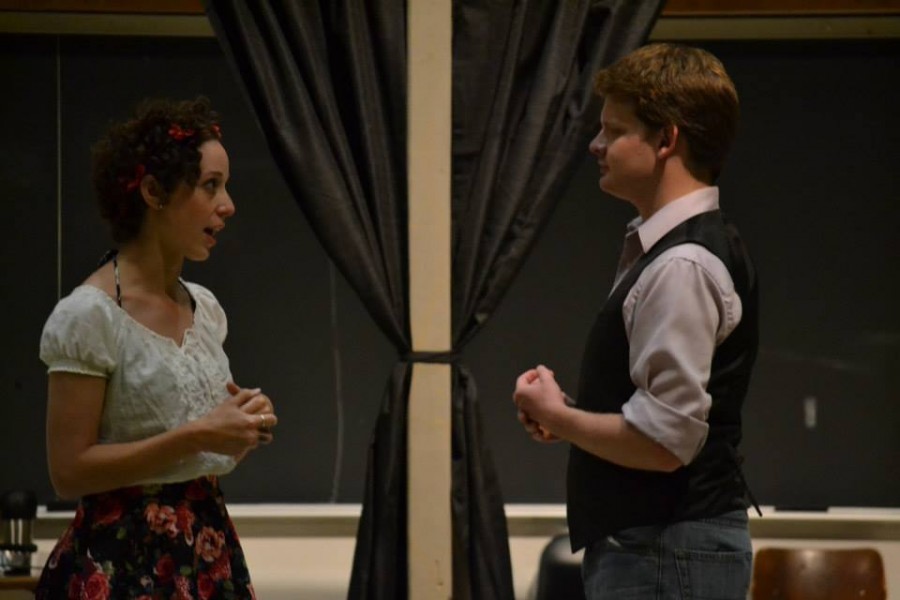 The University of Akron’s Shrank Hall was put to great use this summer, as it has become home to Akron’s own Rubber City Shakespeare Company.

In its second season, Rubber City Shakespeare Company performed two classic Shakespeare plays. Much Ado About Nothing and Romeo and Juliet were performed by local student and professional actors and were rehearsed and performed on the university’s campus.

Founded in 2013 by The University of Akron and Mary Baldwin College graduate Dane T. Leasure. The Rubber City Shakespeare Company strives to provide the local area with both an educational and classic literature experience. According to their website, The Company was founded on the principal that a quality Shakespeare experience should be easily and readily accessible to everyone.

As all production is critiqued, this year the performances received both negative and positive reviews according to social media comments. Comments and highlights, feedback, announcements, and photos can be found on the Rubber City Shakespeare Company Facebook page as well as through LinkedIn and Twitter.

According to recent reviews in articles in the Tallmadge Press and The Akron Beacon Journal, The Rubber City Shakespeare Company is becoming a local gem in the community and becoming well known throughout the area.

Allison Good, alumni of The University of Akron, who recently performed in both Much Ado about Nothing and Romeo and Juliet said, “Overall, Rubber City was a fantastic experience this summer and I’m looking forward to working with them again.”

Sponsored by the University of Akron College of Education, the Company performs in a rotating schedule on campus in Shrank Hall. The Rubber City Shakespeare Company is made up of local student and professional actors that audition and practice and perform locally in Akron.

The company produces their shows in a unique way by rotating two fully rehearsed shows every other night. When going to see one of these shows, be prepared to see the actors stepping into the shoes of many different characters, sometimes in very non-traditional ways.

“For me personally, I very much enjoy working in a rotating repertory setting. In Much Ado, I played both Ursula who is a waiting gentlewoman to Hero and a member of the Watch or local police group and in Romeo and Juliet I was lucky enough to play Juliet. Juliet is a role that I have wanted to play since I was 12,” Good said.

Auditions for their Fall Season are to be announced at the end of the summer. According to recent social media comments, the Shakespeare lovers in the area are excited about the bright future ahead.