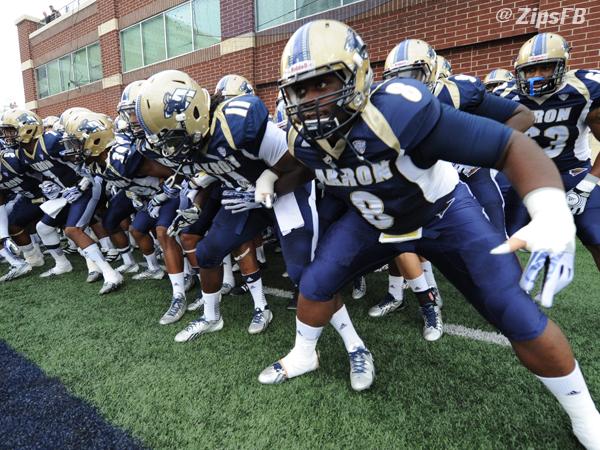 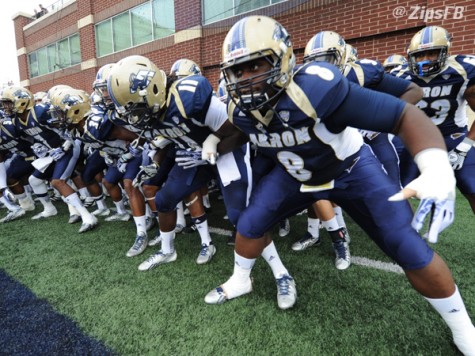 With the final weeks of summer coming to an end, there are some things that we take notice to in Northeast Ohio. Like the start of a new semester in school, the late nights with friends surrounding a campfire, and getting an extra hour with day lights saving time. However, there is one more thing, the entire nation looks forward to the start of a new football season.

“I don’t see it necessarily as pressure, just expectations for us are growing. Plus it’s a little early, but raising expectations for the fans and players are good,” Head Coach Terry Bowden said. The Akron Zips football team is picked second in our division.

Bowden explained what is being expected of the team “a high level of competition, I want them to give everything today putting nothing off for tomorrow, win close games and get us over the hump.” Leaving, Bowden added, “My goal as a coach, is to win the next game.”

The Akron Zips football team starts their season Aug. 28, playing Howard University. They then go on the road to Beaver Stadium to play Big Ten opponent Penn State. The third week, Zips are back home hosting Marshall University before heading back to our eastern neighbors to play against Pittsburgh for the last out of conference game.

MACtion then starts as the Zips host Eastern Michigan and Miami in back to back weeks, before leaving for two road games playing against divisional rivals Ohio and West division foe Ball State. On the Nov. 4, the Zips will once again be home and hosting defending MAC champions, Bowling Green, in a game that could determine the division title and post season hopes.

For our final three games, we hit the road again traveling up to The University of Buffalo to play against the Bulls, the following week we are home for Senior Night as we host the Minutemen of UMass. Bringing us to our final game of the season against our biggest rival Kent State University as UA plans to ruin their Senior Night by claiming the Wagon Wheel for yet another year.