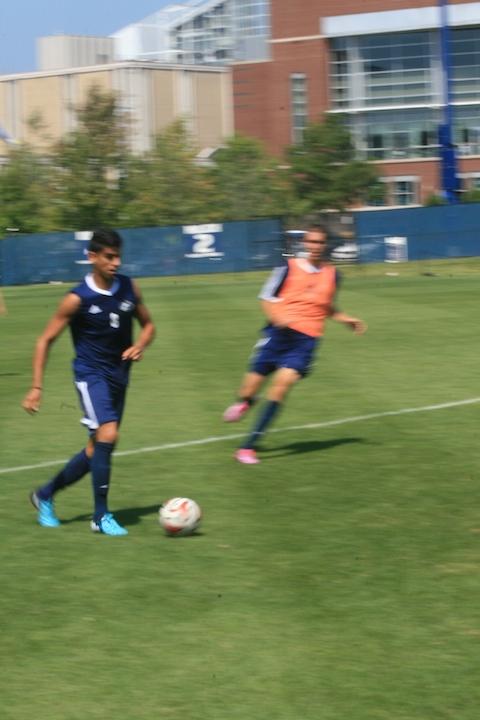 With August disappearing it is time for one of Akron’s favorite sports to begin. Yes, Men’s Soccer, the 13th team in the nation is ready to start another season here at Lee Jackson Field and to defend their title as MAC champions.

Head Coach Jared Embick said, “Our goals are the same as every other year to win a national championship. Young team old team, it doesn’t matter the talent is here and we got to go and get it.”

Starting off their season Friday against the fifth ranked team in the nation, New Mexico, where they will be on the road and this team of 10 underclassmen is ready to play. “They have been training hard, getting them caught up quick as we can on how we do things and play [here at Akron].” Embick said.

The Zips are once again picked to win both regular season and conference championships this year and that adds no pressure to this team. “It is something that we have to accomplish, if we win the MAC we put ourselves in a better position in the postseason where hopefully we get to play home games and win it all.” Embick said about the pressure and expectations of his team.

The Zips will be on the road for two more games after the New Mexico match and will then return to Akron for a match up against the visiting Knights of UCF.