Football zipped through Howard in opener 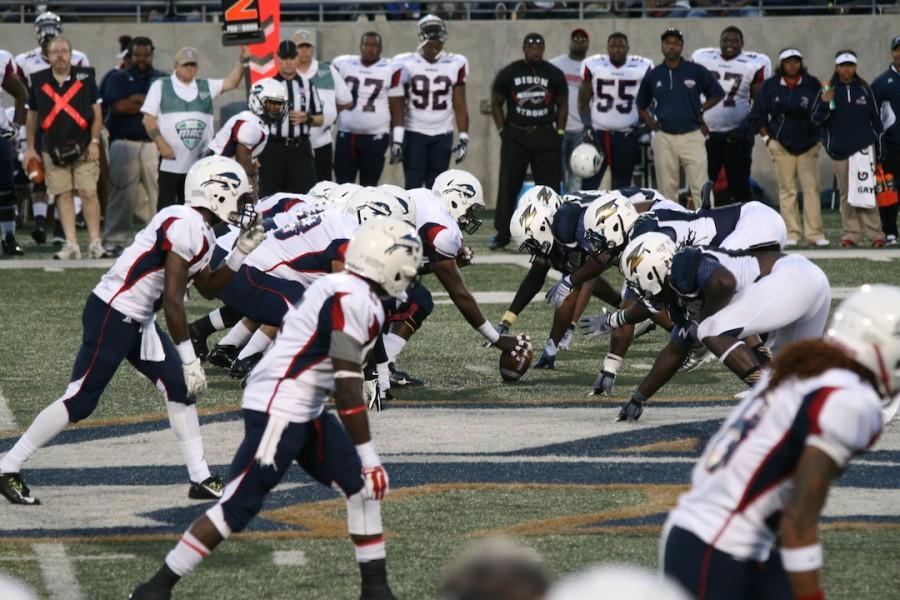 The calm before the storm.

On Aug. 28 The University of Akron won their home opening game for the first time since the 2007 season.

“Coaches did a great job in preparing us for this week and we [the players] brought in,” Pohl said about his offense that scored 21 points in the first six minutes of the game.

The defense had a great game against the Howard offence as Akron shut down any attack Howard had in earning their first shutout since the Morgan State victory on Sept. 12, 2009. The Zips held Howard to 216 total yards and 15 first downs while also forcing a fumble. C.J. Mizell had 10 tack

les throughout the game (eight solo,) while Nmesoma Okafor had seven tackles and a sack in the game.

Twice Howard was in position to score and both times the Zip defense stood tall and continued the shutout.

“The great defenses are made with their goal line stands,” Mizell said.

“If they scored before the end of the half or to begin the second half it’s a different ball game. I felt that if we scored once more the game is over, but if they scored we had a fight on our hands,” Bowden said.

The Zips go on the road to Beaver Stadium to play against Penn State on Saturday, Sept. 6 for their second game. The game is scheduled for 12 p.m and will be aired on ABC.