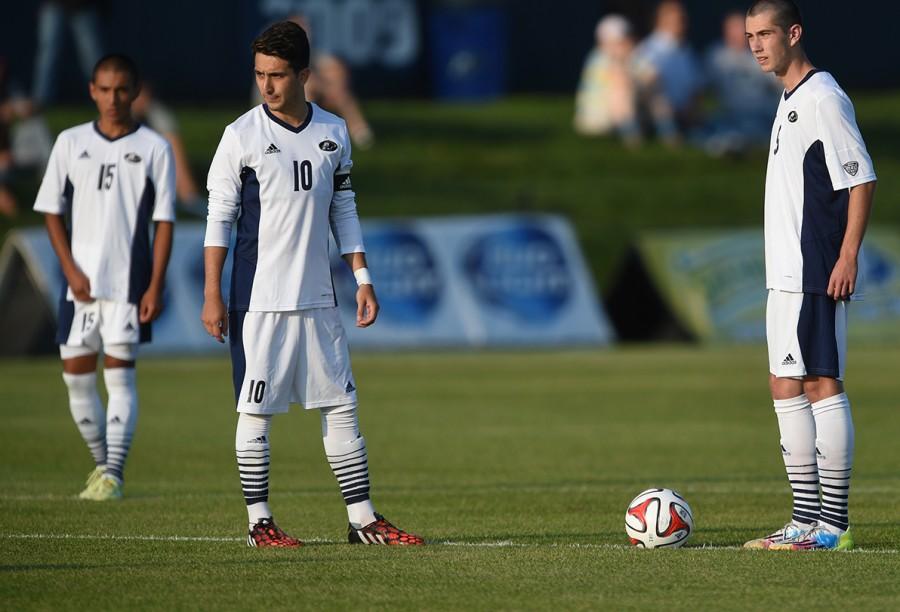 After a heart-wrenching 1-0 defeat against the 5th ranked Lobos of New Mexico (1-0-0), the 13th ranked Akron Zips (0-1-0) head into the second week of match play down in South Beach to get back on track versus The Bulls of South Florida (USF) (0-1-0) on Thursday, Sept. 4 and the Eagles of Florida Golf Coast (FGCU) (1-0-0) on Saturday, Sept. 6. These two matchups are going to be yet another test to this young Zips squad as they continue on this long roadtrip before their home-opener Friday, Sept. 12 against Central Florida.

Akron will be looking for their first season win on Thursday, Sept. 4 against USF. The Zips will have to be on the lookout for senior midfielder Edwin Moalos who led the Bulls with 4 shots and goalkeeper Spasoje Stefanovic who had 6 saves in the loss against FGCU.

Florida Golf Coast defeated rival South Florida 2-0. Two second-half goals by Felipe DeSousa and Kamar Marriot provided the Eagles with the victory after a scoreless first half. USF has six returning starters this season and 17 letter winners from last season, as the Eagles look for their eighth consecutive trip to the NCAA Tournament this season.  FGCU will host the Zips Saturday, Sept. 6.

The Zips also faced Florida Golf Coast in 2012 as well when the 10th-ranked Zips defeated FGCU with another convincing 4-0 defeat.

Adam Najem, a sophomore midfielder for Akron, was a huge role player last season for the Zips, who was given All-MAC First Team honors as well as All-Freshman First team honors by College Soccer News, and All-Second Team honors by Top Drawer Soccer. Look for Najem to contribute all season long as one of the major leaders of this young squad.

Senior Saad Abdul Salaam, one of Akron’s premier all-around performers heads into his final season with the Zips to revenge last season’s shocking defeat against Marquette in the NCAA Tournament. After being named to the All-MAC Second team last season, Salaam’s experience on the pitch will help this young squad stay focused, keeping Akron’s prestige of being one of the best soccer schools in the nation.