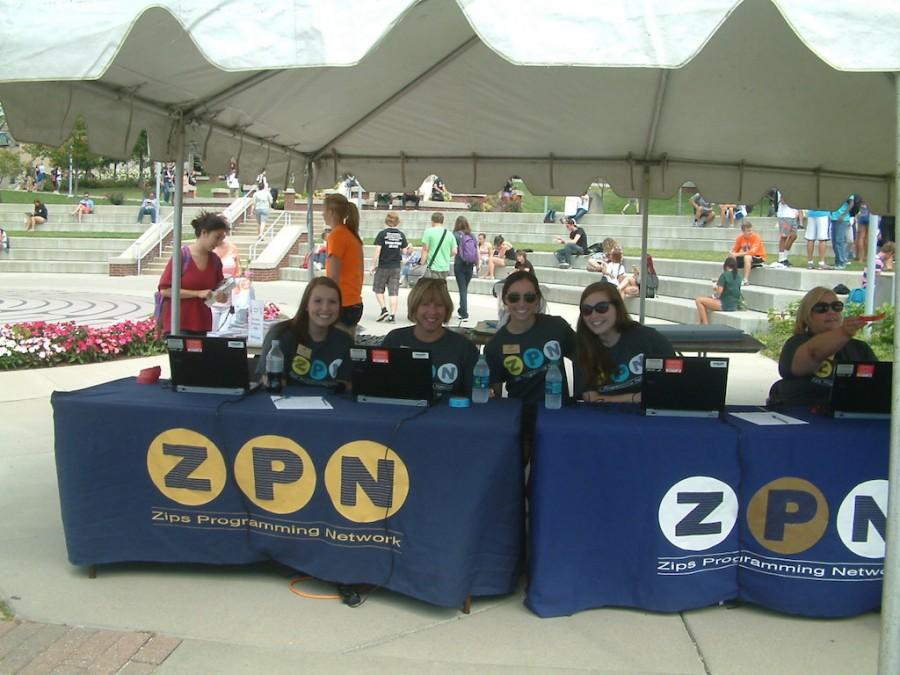 ZPN as they check students into the event

This year’s fifth annual ZPN Fest was held at the Coleman Common outside of Buchtel Hall on Friday, Aug. 29. The event started at 11 a.m. and lasted until 2 p.m. with plenty of activities to keep students entertained.

ZPN was giving out free pizza, pop and funnel cakes, but that’s not all they were handing out. Visitors could also make a custom street sign and plant your own bamboo.

“The bamboo was my favorite part, since it’s going to stay with me the rest of college,” Sophomore Thayer Hassouneh said.

Along with the street signs and food, ZPN was also handing out T-shirts and posters to every student who came to the event.

ZPN Fest featured a new oxygen bar this year that lets students get pure flavored oxygen. Each oxygen is granted its own remedy to assist in things such as vitalization and relaxation.

Students were also able to use the free photo booth to get their picture taken with their friends during the event.

An inflatable twister was also featured and a bungee challenge that students could compete against each other on.

“I really like the atmosphere here, everyone has been super friendly,” said Junior Amber Sommer.

Hundreds of students kept ZPN busy throughout the event as they stopped by between classes for food, fun and lots of free stuff. The event was held to welcome students returning to campus and starting this fall semester classes.