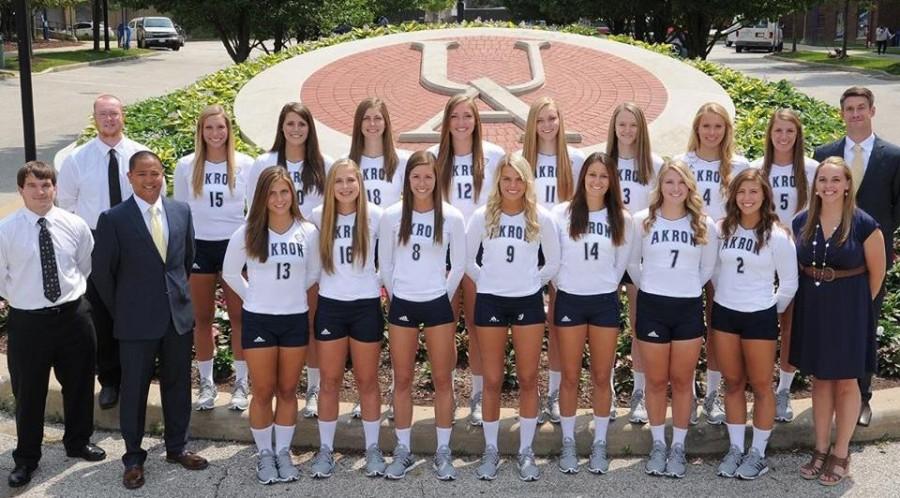 On Friday and Saturday, Sept. 12 and 13, the University of Akron women’s volleyball team will play two matches in Lincoln, Nebraska, the state which senior Mary Delich calls home. Delich serves as the only senior on this seasons Zips roster, playing the previous three seasons on the team as well. Because she comes from a state farther away, the team made accommodations to head to Nebraska so Delich’s family will have the opportunity to come see her play.

Going into the weekend, Akron needs to keep an eye out for Colgate senior Diane Seely. This past weekend, Seely received the honors of being named to the Crowne Plaza Philadelphia West Invitational All-Tournament Team after finishing the weekend with nineteen kills and thirteen blocks.