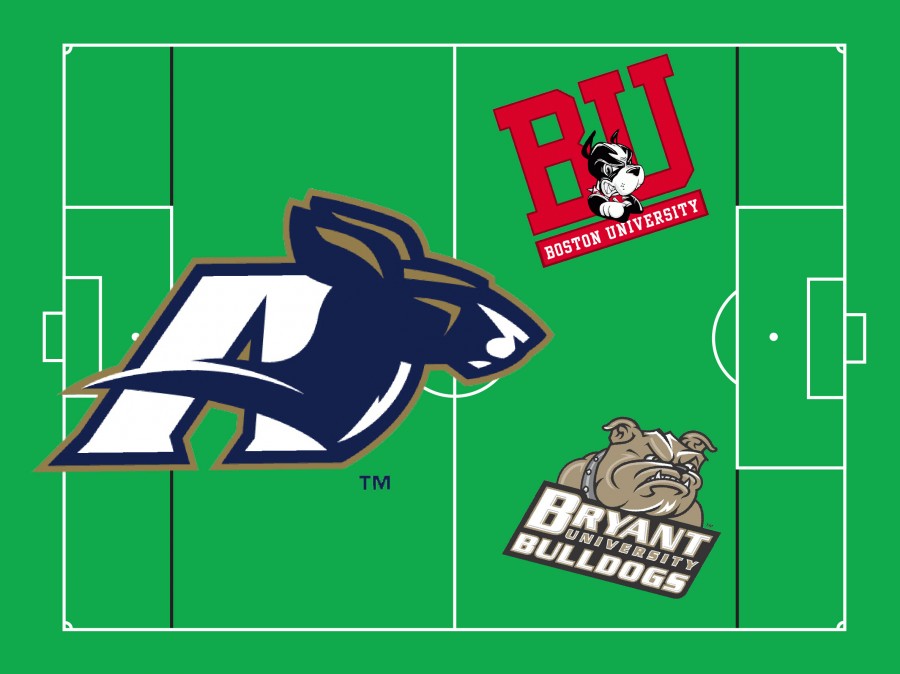 The University of Akron’s Women’s soccer team traveled to New England and returned home undefeated and tired as they battled through two, second overtime matches between Boston University and Bryant University.

The 38th-ranked Terriers of Boston U scored quickly in the first half of play as Taylor Krebs got the goal over Akron’s keeper Klarie Adee in the tenth minute of play. The Zips would not score the tying goal in the first have but still stayed competitive on the Terrier’s field. It wasn’t until the 47th minute where senior Karina Atkinson shot the tying goal after a corner kick.

Neither team could score in overtime and the game ended in a tie.

“They had to play with a lot of grit and a lot of fight. They played for each other,” head coach Vernon Croft said.

The Zips’ second game happened Sunday, Sept. 14 where they played against the hosting Bulldogs of Bryant University (2-6).

Coming out strong, both teams lit up the scoreboard with three goals in the first half. First up was UA behind junior Sydney Blomquist as she took the ball past her defender and down 45 yards to score the opening point of the game. The Bulldogs would respond next as Melaina Aglieco scored in the 25th minute, tying the score at one apiece. The final score of the half also belonged to the Zips as Amy Dean took the ball from an assist from Loreana Lonigro, making the score 2-1 as the squads took to the lock rooms for the half.

Bryant had the lone score of the second half as Sarah Shucker tied the game back up at 2-2 in the 61st minute. In the first overtime the two teams were unable to score, sending the game into a second overtime where the game was decided in the 108th minute of play when Karina Atkinson kicked a cross into the box for a 3-2 Akron victory over Bryant University .

“We competed extremely well. We knew it was going to be a mentality game, it [the will to win] had to come from within. Next step for us is to be able to continue doing the little things well,” Croft said. “You couldn’t have asked for a better weekend result. You take a 38th ranked Boston to overtime and come out of it with a point and then Sunday you’re able to respond and finish the weekend with three points.”

The next game for the Zips will be hosted at Akron and will be against Youngstown State University on Friday, Sept. 19. Kick off begins at 7:00 p.m.