Nick Wilkinson and the Featured Players take to the Civic 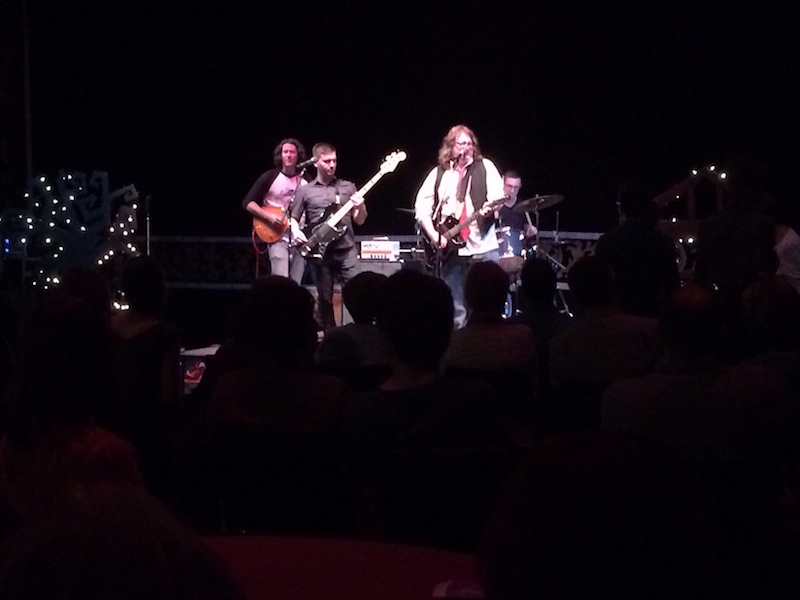 Nick Wilkinson and the Featured Players

The Akron Civic Theater has hosted many top names in entertainment, and now Nick Wilkinson and the Featured Players (NWFP) are one of them, and gave a taste of the local talent that comes out of Akron.

NWFP is a well-known Akron band that mainly performs at venues such as Musica, Annabelle’s and The Matinee. Playing Friday Sept. 19, at the civic was the largest venue they have played in their musical career. Instead of having all of the theater seating open, the civic set up tables and chairs across the stage to give the audience a more personal setting.

The venue sold out before NWFP even went on stage and unfortunately had to start turning people away at the door.

The lead singer of the band, Nick Wilkinson, writes all of his own music and brings catchy tunes to life with the range in his pitch. Performing fast paced rock n’ roll, NWFP performs with a lot of energy. During this performance they brought the tone down for a couple of their new songs. Wilkinson stopped during one song and said, “Sorry, this is just really emotional.”

“I think we were able to make good on our promise as one of Akron’s most talked about rock bands with that performance at the Civic,” said  Kevin McManus, Bassist of NWFP. “For a group of local players like us, it’s truly an opportunity to cherish forever,” he said.

Playing along side with NWFP, was local folk singer-songwriter Rebecca Jean, and The Help, who debuted their new album at the show. These artists, along with NWFP, came together to put on an electric show at the historic Akron Civic Theater. This event gave all the bands a great chance to perform at a beautiful venue.