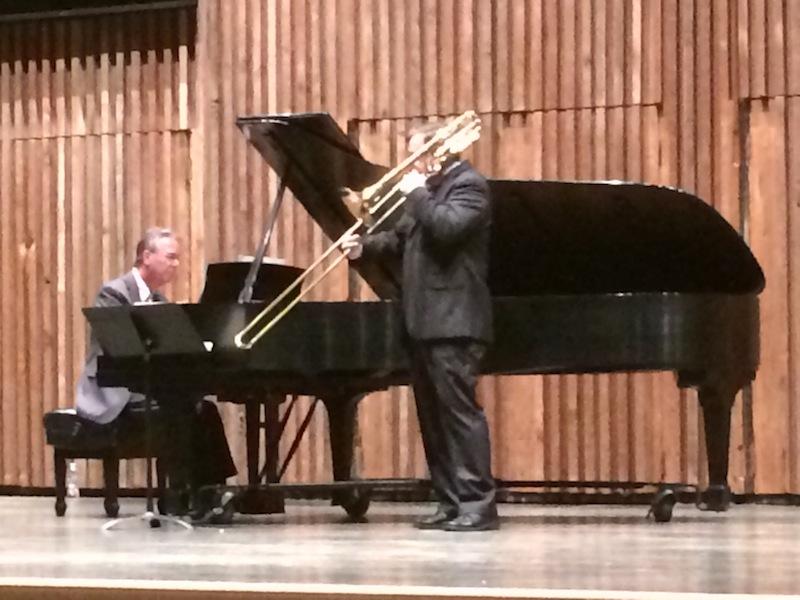 Kellogg was accompanied by Joseph Werner on piano and James Albrecht on assistant trombone.

Kellogg is renowned for his work with the trombone, holding the Principal Trombonist in the Rochester Philharmonic Orchestra and many other associations. He also is a founder of the ensemble Rhythm and Brass that has toured multiple countries.

He performed one of his favorite compositions by Ohio native Ray Premru, who attended the Eastman School of Music. The piece was named “Concertino for Trombone” and is one of his favorites because “all hell breaks loose in the middle, then it brings it back down again,” Kellogg said.

Since 2006, Kellogg has been hosting his own Summer Trombone Institute, giving college and high school trombonists lessons during a weeklong camp at the Eastman School of Music.

The performance took place in UA’s Guzzetta Hall on Sunday, Sept. 2. Kellogg’s performance lasted a little over an hour with over 50 audience members in attendance. The audience consisted of music majors at UA and members of the public that came to enjoy the show.