The blue-collar battle between OH, PA 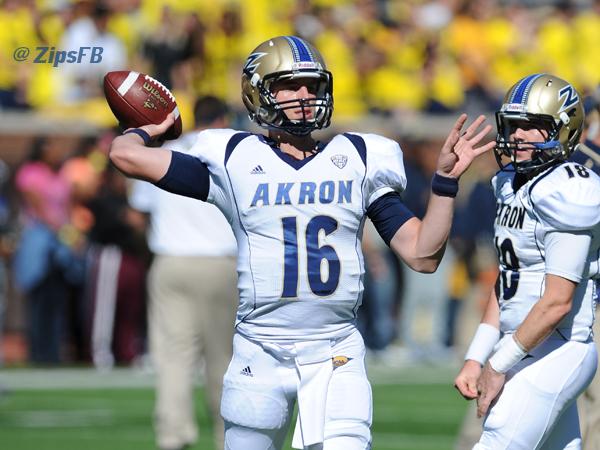 On Saturday, the Zips (1-2) will head over to Pittsburgh to battle the Panthers of the University of Pittsburgh (3-1).

The Panthers’ offense is run by a trifecta of sophomore stars. First, RB James Conner, the leading rusher in the NCAA with 699 yards and nine touchdowns on the season. The other two are the throwing and catching combo of Chad Voytic and Tyler Boyd. Voytic is the QB who has thrown five touchdowns while also completing 60.8 percent of his passes. Boyd the WR is 6’3” and has caught 21 receptions for an average of 14 yards per catch and four touchdowns. Their defense is a fast and physical group who have intercepted six passes from the opposing QBs and surrendered about 145 yards per game through the air. The Panther’s defense is also 14 in the nation in total defense and 20th on points against with 17 points per game.

UA has the 39th-ranked defense in the NCAA, giving up 23 points and 389 yards per game. The Zips have a four linebacker ranked in the team’s top five for tackles, Jatavis Brown (19), C.J. Mizell (17), Dylan Evans (15) and Justin March (11). Also for UA, is free safety Devonte Morgan, second in team’s tackles with 17, along with Kris Givens, a cornerback, who has one of the three interceptions for the season while also having nine tackles. The game plan going into this game needs to be centered on stopping Conner, staying tough inside the box and not allowing him to run free in the open field.

On the offensive side, the Zips have the same key players with the addition of returning star RB Jawon Chisholm, who is expected to play after an injury that kept him out of the game against Marshall. UA’s offense averages 378 yards and 20.3 points per game behind QB Kyle Pohl and his arm, which has thrown for four touchdowns and 667 yards on 53.8 percent completions. As far as receivers, the Zips have Zach D’Orazio, L.T. Smith, and Mykel Traylor-Bennett who have all caught over 100 yards in the season with Traylor-Bennett having the team high of three touchdowns. The Zips will need to get their third-down conversions while also controlling the clock on their offensive series. UA will also look to establishing a running game to complement the passing game of Pohl.

The game against the two blue and gold teams can be seen on the ESPN networks Saturday, Sept. 27 at 1:30 pm.