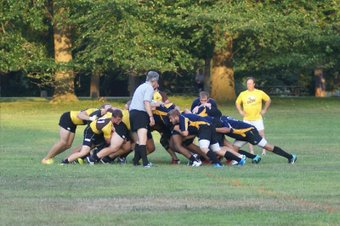 UA's new rugby is looking for students to join their ranks.

As a recent addition to the university’s collection of club sports, Akron has introduced an official Rugby team.

Founded by second-year student and club President Zach Gilgenbach, with the assistance of Vice President Taylor Stephens. These rugby-enthusiasts formed a small group in the spring of 2014 in preparation to develop a team recognized by the UA’s Athletics Department.

This semester, the university and OrgSync have identified the group as a university club sport. Encouraging students to join the club this year, the team has recruited roughly 30 official players for the team. Two experienced coaches, Luke Hillebrecht and Michael Neale May, joined the team to assist the players in learning the ways of the game. 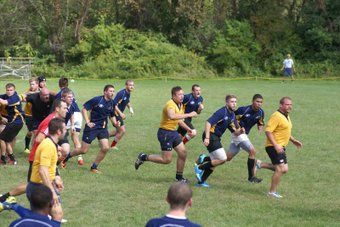 The men have played three games thus far against the city of Akron’s rugby team and various clubs from other colleges, including Baldwin-Wallace and Notre Dame. The team will not start keeping count of wins and losses until next season when they play more frequently scheduled games against other schools.

As of now, the team is focused on building community within the organization and getting to know each player’s strengths.

“[We] plan to just enjoy this year with the rugby guys,” Gilgenbach said.

The team is still recruiting new members to join the club and is encouraging students to get involved. The players predict that by this time next year, they will have made a substantial amount of progress compared to where they are now, with a better idea about how things work as a club sport. 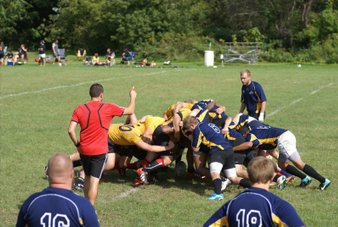