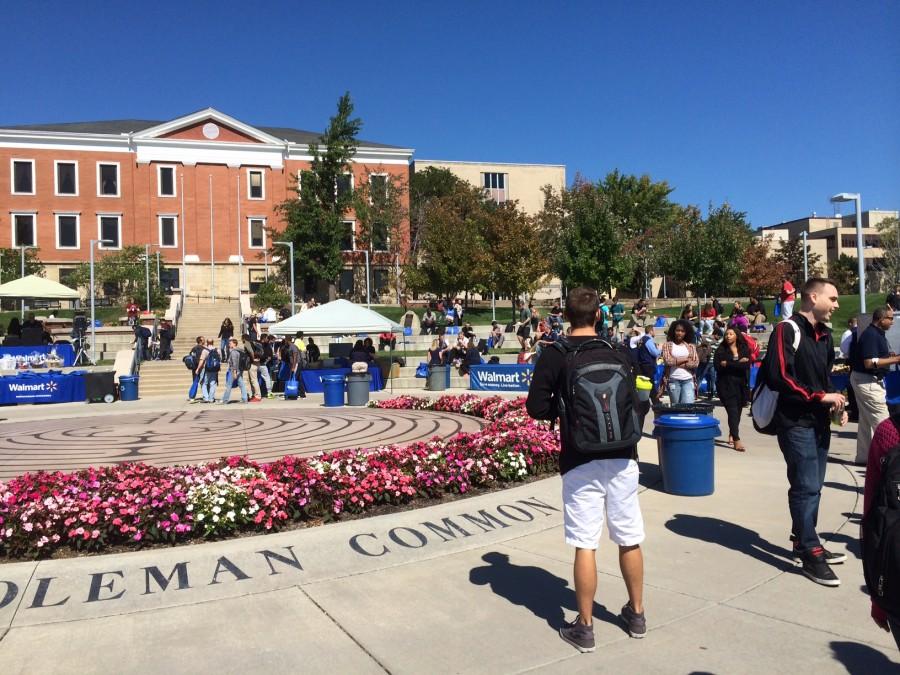 Wal-Mart gathered students in Coleman Commons to feed students and notify them of all of the career opportunities through their corporation.

Every student attending also received a tote bag with a notebook, pen and other school supplies.

Market Human Resources Manager Maurice Moore said, “we like to get out here and let students know where to get affordable groceries while letting them know what chances we can give them after graduation as well.”

Wal-Mart teamed up with UA’s Career Center on Tuesday, Sept. 23, to hold this event and help Wal-Mart reach out to the students looking for jobs. Wal-Mart was accepting applications at the event and informing students what the positions would entail.

Depending on your major, the staff would direct you to a certain tent that would have information and opportunities that could be available within the corporation.

Wal-Mart decided to hold this event after sponsoring an event held by the Black Male Summit last spring to help their organization with open job opportunities. They wanted to use this event to reach out to UA students who might be interested in a career with Wal-Mart.