Coming up big to fall short 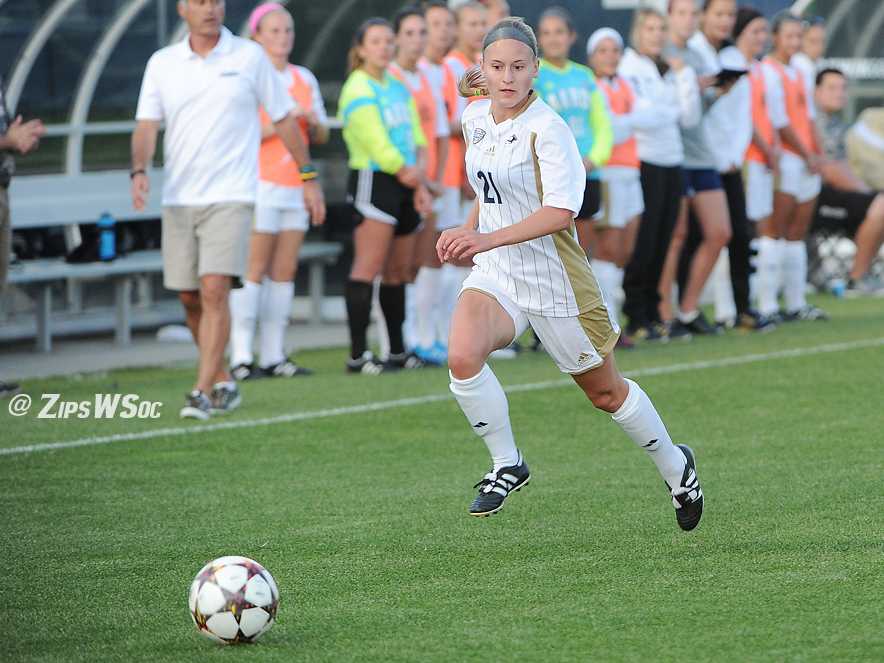 The Zips went one for two this weekend as they defeated Eastern Michigan 2-1 Last Friday and struggled to find the net in a 1-0 loss to Bowling Green on Sunday. Akron falls to 5-6-1 on the season and is now 1-3 in MAC play.
EMU:
Akron came out kicking in the first half, as Midfielder Madison Kaser scored her first goal of the season off a beautiful pass from forward Sarah Sivic to give the Zips an early 1-0 lead in the 12th minute.
Then, in the 22nd minute, Klaire Adee made a huge save to keep the lead 1-0.
The game would be 1-0 heading into halftime.
EMU came out raging in the second half, taking multiple chances to come back, including a huge missed shot by Angela Vultaggio in the 57th minute and also in the 58th minute where Chelsie Oddan took a shot that went right over the cross bar.
Akron would then take this game out of reach of EMU as Lani Smith connected with the back of the net in the 64nd minute, sending the score to 2-0.
EMU would be awarded a penalty kick for a handball in the 81st minute giving EMU their only goal of the match. Sending the game to its finishing score of 2-1.
BGSU:
After winning their first game in MAC play, the Zips fell short in extra time when Falcons Skylar Fleak took a shot from deep inside the box to net the win.
The Zips best chance at scoring came in the 33rd minute when Smith’s shot in the box was blocked and led to back-to-back-to-back corners with the most important being the first, when Sydney Blomquist’s ball glance off the far post and was blocked leading to two more corners.
Adee would finish the game with five saves and Smith would take a total of 10 shots with two being on goal in the loss.
Akron will continue MAC play when Western Michigan come to Akron on Friday at 7 p.m.