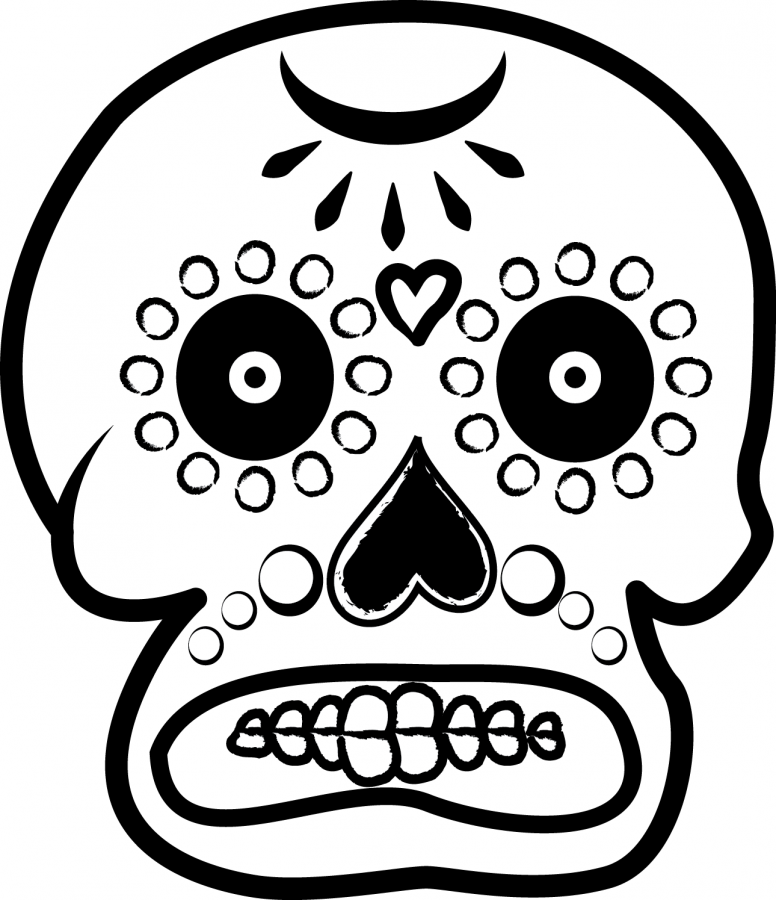 Iconic skull used in celebrating the Latino holiday Day of the Dead.

Dia de los Muertos, also known as the Day of the Dead, is a celebration of the deceased marked throughout Latin America. The tradition originated from Mexico has been celebrated for over 3,000 years.

The celebration begins with a festival including food, drinks, parties and activities the dead enjoyed. This is in order to recognize death as a natural part of being a human being. Dia de los Muertos is said to be the one night of the year where the spirits from the other side can walk into this world and celebrate the sense of community and family.

Starting on Nov. 1 through Nov. 2, Dia de los Muertos celebrates exactly what the name says: the dead. Normally when thinking of the dead, it is a normal tradition in the U.S to mourn.

This is not the case with cultures in Latin America.Typically in a Latin American custom that combines Aztec rituals with Catholicism was brought to the region by Spanish conquistadores about 500 years ago.

Di de los Muertos is celebrated on the same day as the Catholic holiday All Saints Day. This was in an attempt to stop the rituals of Di de los Muertos and convert those celebrating the holiday to Catholicism. This was also to try and make this ritual “more Christian.” The Aztec ritual of using skulls lives on throughout not only Mexico, but also the U.S.

The most familiar symbol associated with this holiday is the colorfully decorated skulls and skeletons. The skulls symbolize death and rebirth. This holiday surrounds itself with sweets, dolls, masks and fancy clothes for entertaining.

The celebration may also include small altars that are in honor of loved ones. The altars normally are then covered in flowers, food, candles and personal mementos from the deceased being remembered. However, the celebration of this holiday may differ where you are located.

Celebration’s of holiday’s come in all forms depending on the holiday and nationality celebrated. Learning about different cultures and holiday’s celebrated, leaves for a well rounded perspective on others nationalities.