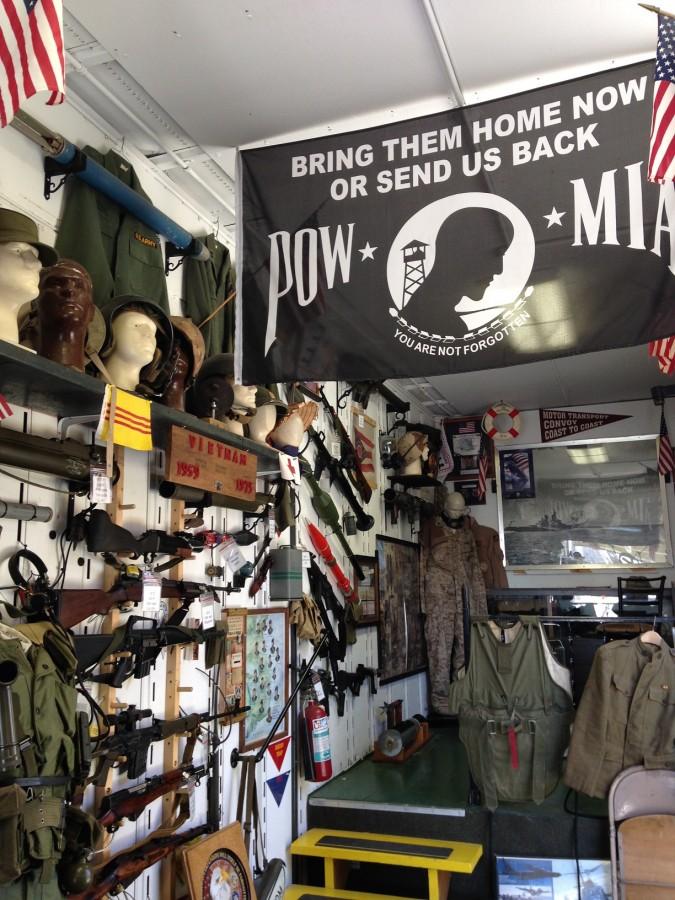 Formerly known as Armistice Day, which celebrated the end of World War I, Veterans Day is on the eleventh day of November every year. The University of Akron is extending tribute to veterans with four days of commemorations from Monday, Nov. 10 through Thursday, Nov. 13.

The week’s events include a mobile museum of war artifacts dating back to the Revolutionary War, an Afghan war documentary featuring UA’s own Master Sgt. Mark Patterson, a 21-Gun Salute by Army ROTC, veterans’ career and resources fairs, card signings, ceremonies and more. A list of events is available on UA’s website.

More important than these recognitions are the services that UA provides for its 1,100 student veterans and countless alumni veterans every day of the year.

UA is one of five colleges in the nation with an American Legion Post: a group that assists veterans’ transition to civilian life. Its members are typically older, but Stephen Motika, assistant dean of the College of Applied Science and Technology, envisioned something different.

“We wanted to get an American Legion Post started to act as a bridge for new [UA] student veterans to help them first transition to public life and secondly, when they graduate, help them find jobs. About 50 percent of the members are students,” Motika said.

Most of UA’s veteran services occur through the Military Services Center, which offers advising, assistance with veteran benefits and specialized counseling.

“At most universities, the students have to go to the department, explain what they did [in service], and all that. But we automate that process. We have a set of recommendations that tells us—if they were in the military—they should get credit for this [subject],” Rossett said.

Student veterans can also get credit for cultural diversity and area studies if they’ve been deployed where UA offers courses, such as Southeast Asia, Korea, the Middle East and Africa. They get physical education credits for basic training and elective credits based on how long they served.

Switching from military life to civilian life is difficult. Veterans often feel uncertain and unguided, which makes it difficult to continue education or find a job. Service members are used to the rigidity of a system—comfortable with an overseen schedule and uncomfortable with newfound autonomy.