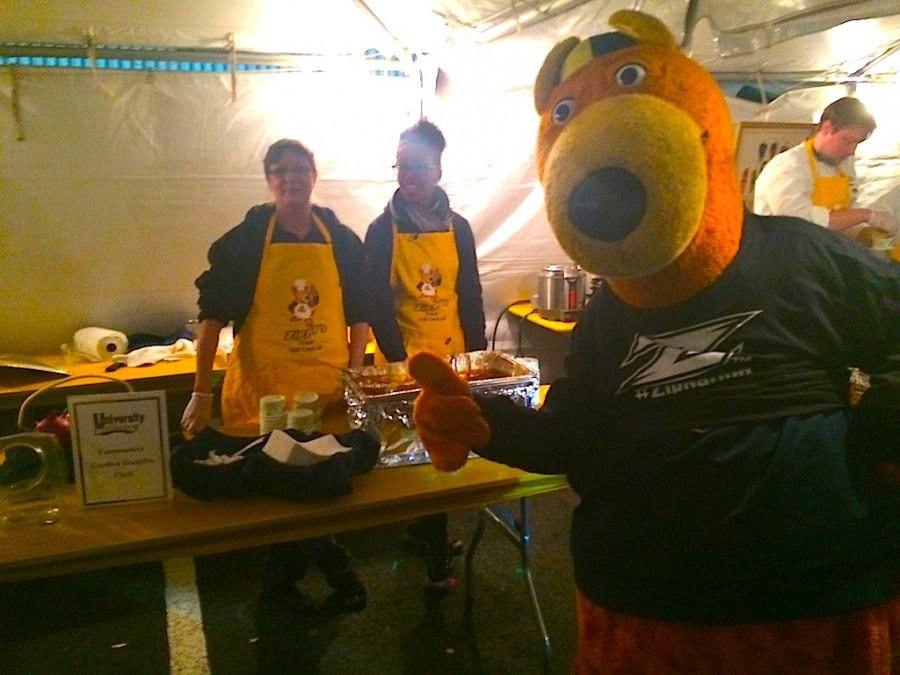 On Tuesday, Nov. 4, Zippy’s second annual Great Chili Cook-Off was underway from 5:30 p.m. to 7:30 p.m. before The University of Akron’s football game against Bowling Green.

Dining services in partner with United Way gathered together different dining services at UA and nearby restaurants to compete with which one had the best chili.

The tent encompassing the cook-off was on Vine Street behind Infocision Stadium, where tables from each contestant were lined up for people to taste test each chili. The event cost $5 for students with ZipCard, $10 for faculty, staff and public as well as $15 for admission to the game and the cook-off.

The money earned through the cook-off will go towards organizations such as Big Brothers Big Sisters of Summit & Medina Counties, Akron Urban League, Embracing Futures and over 60 other organizations in Summit County.

According to Robin Hadnett, assistant director of dining services, there were roughly about 60 people to come through after just an hour of the event starting.

Not only did restaurants compete, but UA had two entries as well. Hospitality Management and Dining Services served up their secret chili. Executive Chef of Dining Services, Matthew Regula, grew all of the vegetables in their chili himself at the Adolph Community Garden in Akron.

Local businesses such as Jimmy’s Backyard BBQ, Retro Dog, and The Stew Pot Kitchen also partook in the event.

Some of the contestants were giving out cornbread, onions, cheese and sour cream to add to each of their delectable and hearty chilis.

Everyone who tasted the chili were given a wooden Zippy token, and would vote on their favorite chili after testing them all. After the end of the third quarter of the game, The Food Butler was announced as the winner of the cook-off.